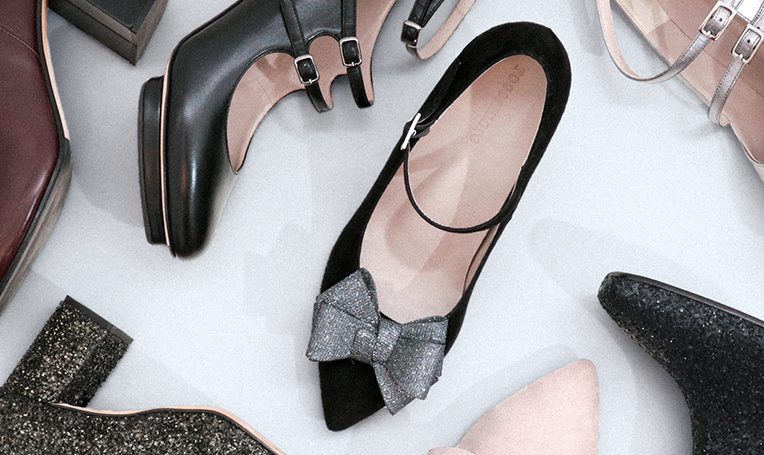 The Founder of Roccamore, the Danish brand of comfortable high heels, Frederikke Antonie Schmidt (in the photo below), never set out to be an entrepreneur. She just wanted to create a product that would make women’s lives better.

She had an idea of inventing high heels that wouldn’t kill your feet. Her old boss told her it would never work, and she might as well forget the whole idea. He also took the time to underline the fact that she would never be able to start a company by herself, let alone run it, as a single female founder. She thought she would at least try to prove him wrong. And she did.

Roccamore was launched in 2015 as a crowdfunding campaign on the platform Kickstarter. It was the first campaign by a female founder, to get successfully funded in Denmark.

Roccamore shoes are handmade in Italy by some of the world’s best shoemakers, and scientifically validated to relieve 44% of the pressure in your arch, 26% in your forefoot and 19% in your heel.

Frederikke used herself as a baseline for testing and developing the comfort, using the shoes every day and always adjusting the insole for about 2 years, until she finally had the perfect product.

Roccamore wants to make women feel good about standing up for who they are. Since the beginning Frederikke has been including her followers in the designing process, asking them what they want, making them part of the designing process, voting for new products and giving their feedback. She even names all her designs after real women, who are nominated by the people who follow her. Because every woman deserves to have a shoe named after her.

All Roccamore shoes are responsibly made in Italy, by some of the best shoemakers in the world.

All materials are sourced as locally to the factory as possible, in order to reduce the carbon footprint. All materials are bi products from the food industry, meaning that someone already ate the cow before it was used for leather. In 2020 Roccamore started working with 73% biodegradable leather (regular leather is only 8% biodegradable) in order to create as low-impact shoes as possible.

Roccamore is sold 70% online and 30% in their 2 stores in Denmark. Shoes are sold directly to consumers in order to create the best experience possible and avoid expensive middlemen.

The company doesn’t follow regular fashion seasons and never do collections. Instead, new designs are launched, when there is a need for them and the focus is 100% on making beautiful shoes, with the best quality possible. Roccamore shoes are generally limited editions, made from left-over materials, which isn’t cheaper, but definitely better for our planet.

Every year for Women’s Day 8th of March, Roccamore launches a crowdfunding campaign to support women. In 2020 the project will be in collaboration with Dress For Success, a not-for-profit organization helping women with limited resources, finding jobs and changing their lives for the better.

Roccamore is donating all of the profits from a specially designed glitter boot to Dress for Success, as well all shoes with small imperfection to help these women stand stronger. Customers can also donate their lightly used roccamores and get a 20% discount on their next purchase.