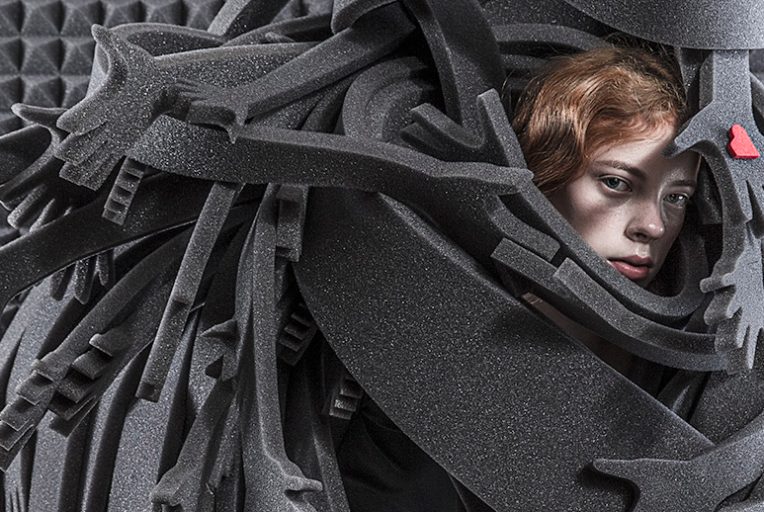 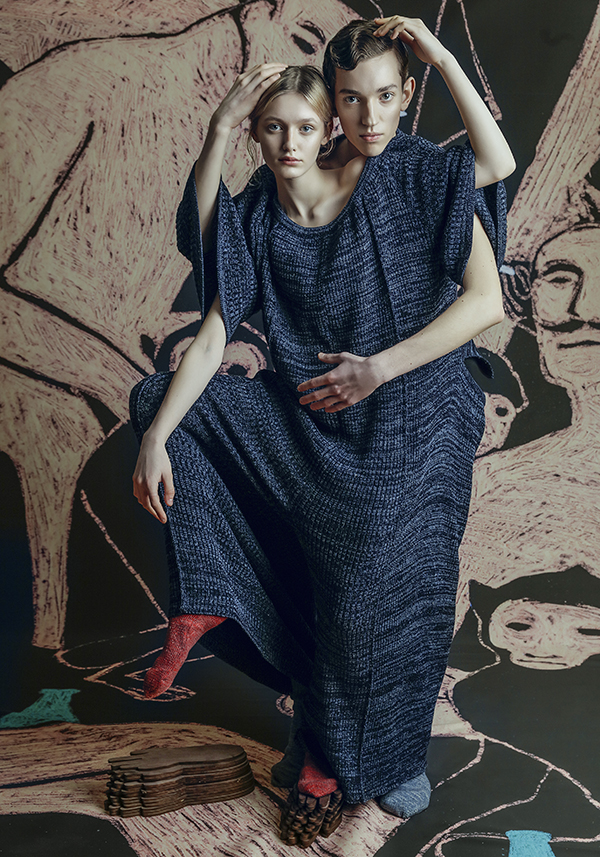 Triinu Pungits’s new Autumn/Winter 2019 collection will be presented at WHITE trade show in fashionavant showroom. The trade show will take place during Milan Fashion Week from February 22-25.  The designer’s new collection Hayami represents rare and unusual beauty, which brings with it slightly spiced quirkiness, resilient and flexible cuts, but also comfort and fit that leave space and possibility for both genders.

While Triinu Pungits is known for her usage of prints, the graphical sublimated pattern for the AW19 collection has been created in collaboration with an illustrator, Marja-Liisa Pltas. “She is a charming artist, whose books have a gripping picture language. The acute sense of humor of the print complements the playful forms and cuts of the garments,” adds the designer. 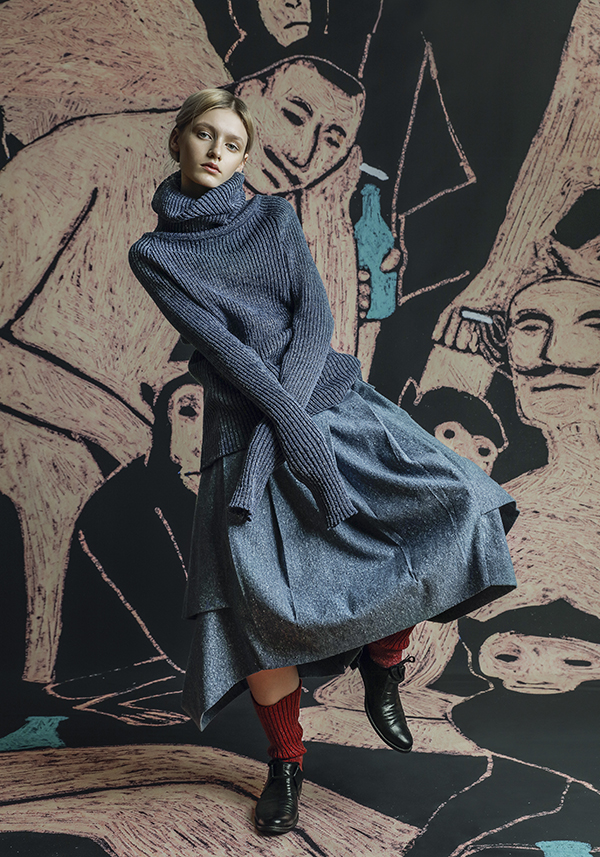 The new collection is influenced by Japanese aboriginal clothes, the charming lines of kimano, the sphere of influence and wealth, the idea, the wise words and theses. The designer plays with layering and blurs the lines for unisex clothing. On the contrary to voluminous overwear, Hayami knitwear is mostly ribbed and tight, which gives your body a warm hug and lets the luscious shapes of different body types to shine and leave an impact.

Exciting and slightly unusual yarns, such as washable wool that contains paper, a blend of wool and linen, merino and silk from Japan have been incorporated into the AW19 collection, as well as cashmere, silk and alpaca. The color scheme takes us from different rusty shades to golden beige and camel, to folded blues and sea green, while the black brings some depth. 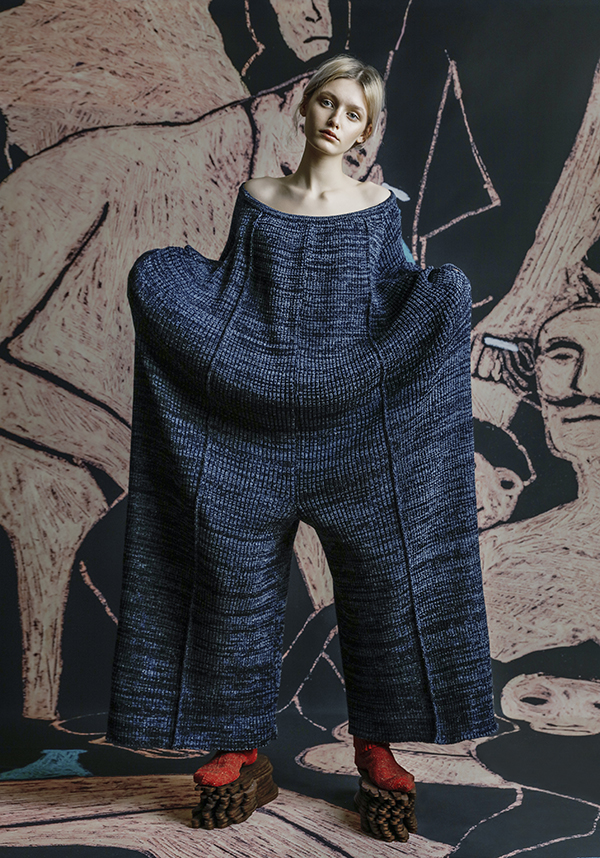 Triinu Pungits is an Estonian fashion designer who has taken part in numerous fashion shows and exhibitions. She has received international praise for her work, which has been featured on the sites of Vogue Italia, British Vogue, British Glamour and in the Elle Russia print issue. Triinu was a finalist at the prestigious International Talent Support (ITS) fashion competition, and a semi–finalist at the International Festival of Fashion and Photography in Hyères (2016). She also showcased her SS18 collection during London Fashion Week as the winner of the Fashion Scout’s Ones To Watch Award. Bold yet tasteful plays of different colors, shapes, digital prints and cuts give the brand a distinctive yet tasteful face. 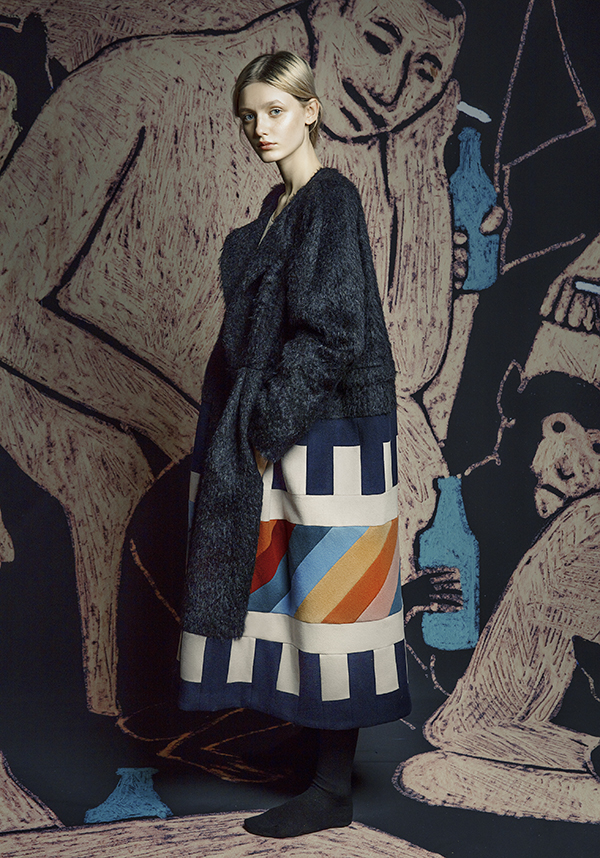 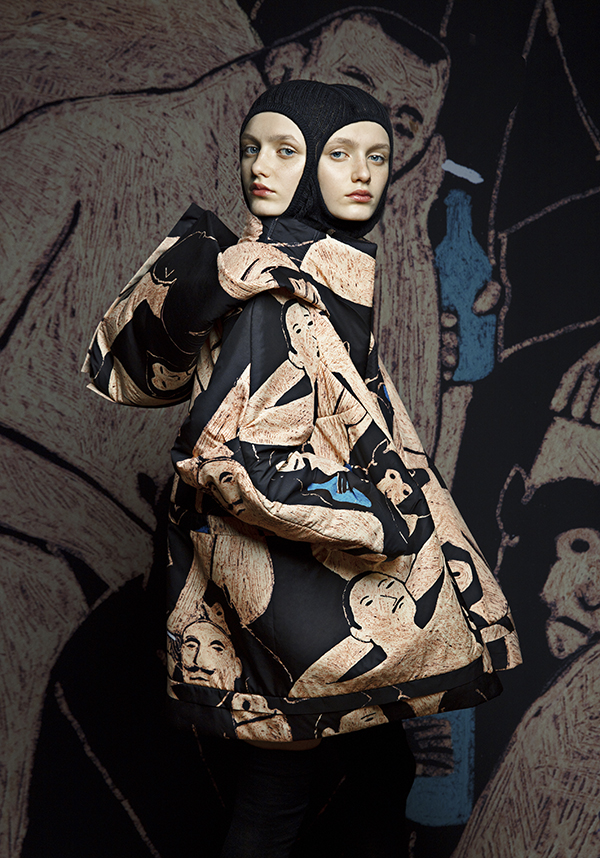