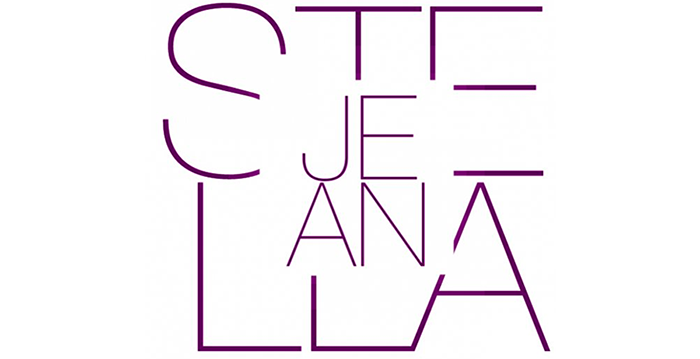 Young Italo-Haitian designer Stella Jean was born and currently works in Rome, where she lives with her two children.

She grew up in a family where multiculturalism, art, fashion and beauty belonged to daily life. Her Haitian mother, a very elegant woman who always had a passion for fashion, has always been Stella’s main inspiration source. Her father is an artist from Turin who designs and creates high-end jewelry. 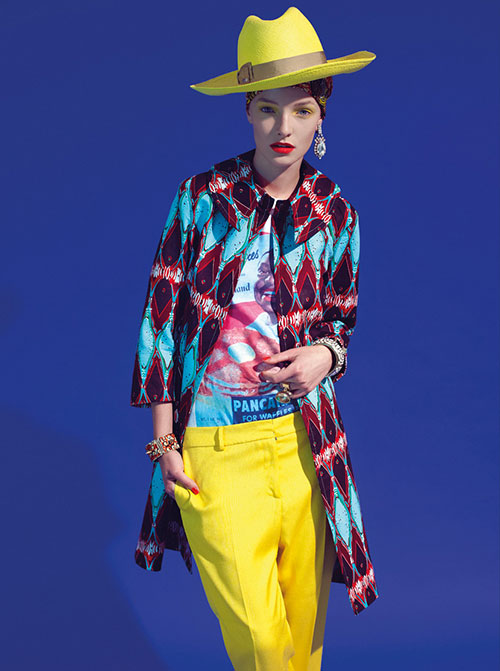 After her classical studies, Stella begins her career as a model for Egon Von Fürstenberg, but soon discovers her real creative calling. 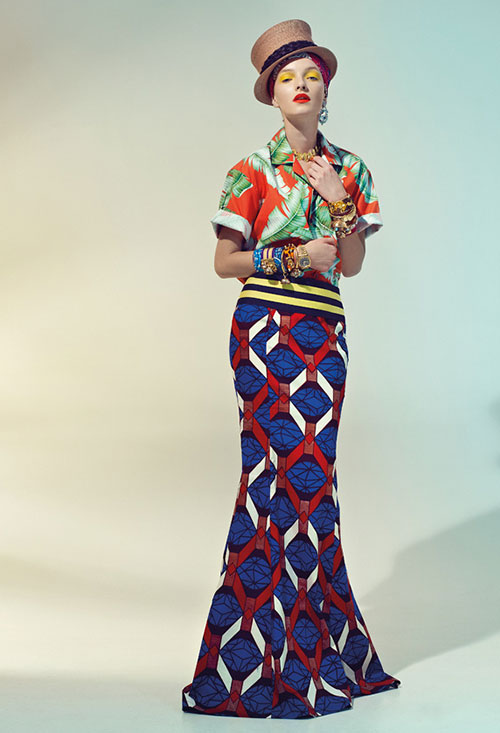 Since July 2011, when she was one of the winners of the prestigious Who’s On Next contest, her collections keep being cherished by the international press and the buyer world.

In September 2012 she debuted during Milan’s Fashion Week, with a brave, sophisticated and suggestive show in collaboration with White, in the beautiful backdrop of the Rotonda della Besana.

Stella Jean’s style is pure métissage, which echoes and evokes her personal story. The refined and precious mood of Stella Jean designs is incessantly inspired by her multiculturalism, which she translates into her very own, unmistakable style: the “Wax & Stripes” Philosophy”. Her distinctive style is not only the union between waxed textiles, Fifties chic, men’s shirt fabric and an impeccable European cut: the designer always looks to the future and to the possible historical and cultural combinations, for a transversal and groundbreaking creativity which poses no limits to cultural, social and fabric mixes. All this is being supported by the necessity to project a new idea of multiculturalism, of which Stella is a real-life example. 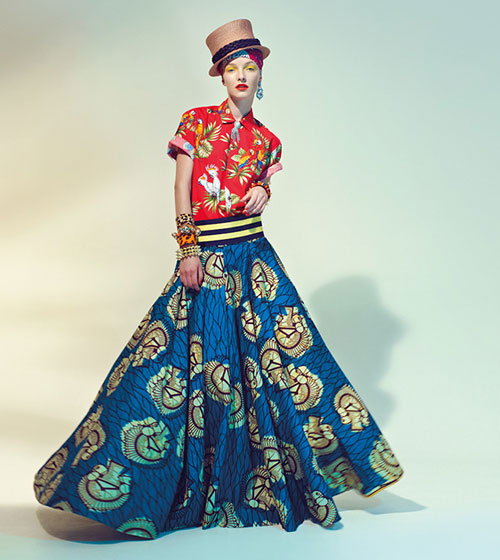 Sold globally in the most important fashion stores all over the world and worn by the most elegant women in the world, her clothes are a very personal interpretation of timeless style.

A brave and sophisticated collection which conceptually and instinctively overcomes all time and space boundaries, going towards new and exciting destinations. The theme of the journey, together with sociocultural suggestions, shapes a collection that has bon-ton humour as conditio sine qua non. A serious but still light-hearted exercise that matches those two “primary colours” with all the nuances in the world, with limitless grace and futuristic ladylike suggestions. The outfits on the catwalk prove the extraordinary richness of the multicultural roots of their designer, through a singular and intensely suggestive style. 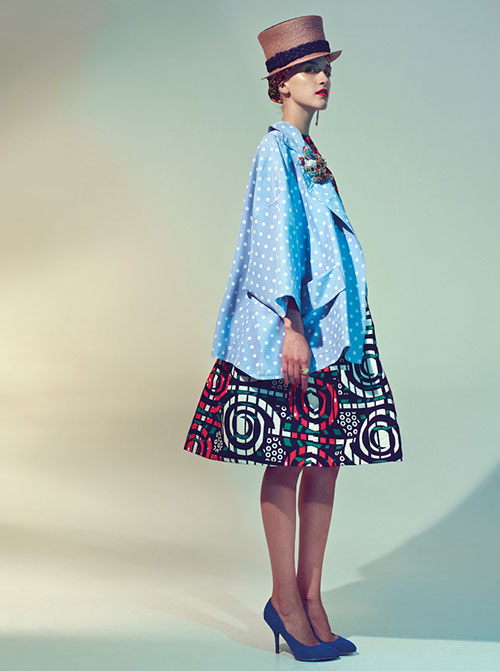 The Hawaiian print cotton shirt discovers a mannish-chic personality and is worn with oversize accessories of nonchalant and spontaneous femininity. Waxed cotton docks on the coasts of Brittany and impertinently wears a striped shirt for a bizarre mariniére effect. The beach jacket in terry cloth, in the most exquisite Fifties spirit, experiments with silk lining with stripes and polka dots, becoming the co-protagonist of a metropolitan reactionary movement. Chemisiers in brightly coloured waxed cotton and mannish pinstripes alternate with chic little numbers in waxed fabrics, made precious by dainty lace collars and by hats of substantial size.

Jewels and accessories complete the looks by adding an extravagant and very glamorous touch: the bangles in terry cloth and gilt studs are worn in numbers, alternating with Fifties-style tube bangles with big bells, for a choreographic chargé effect. The pochettes  become maxi envelopes in wicker, waxed cotton and terry cloth, decorated with small studs. 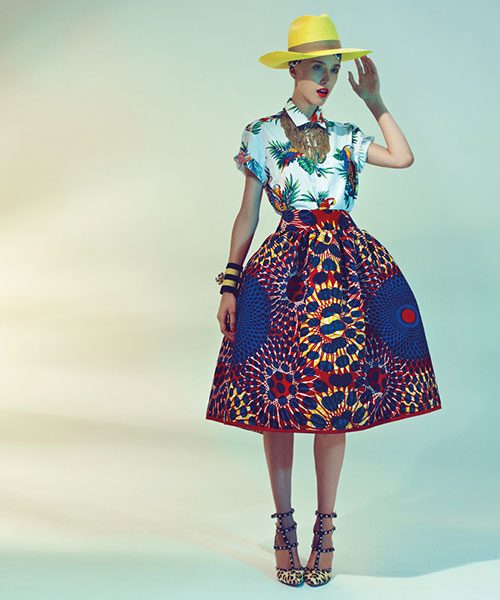 The unmistakable style of the “Wax & Stripes philosophy” which makes Stella Jean’s creative universe so distinctive is re-launched and renewed by the choice and the combination of elements which appear to be in open antithesis. The matching of oxymorons highlight a strong stylistic consistency and make for a harmonious, multicoloured and joyous marriage. 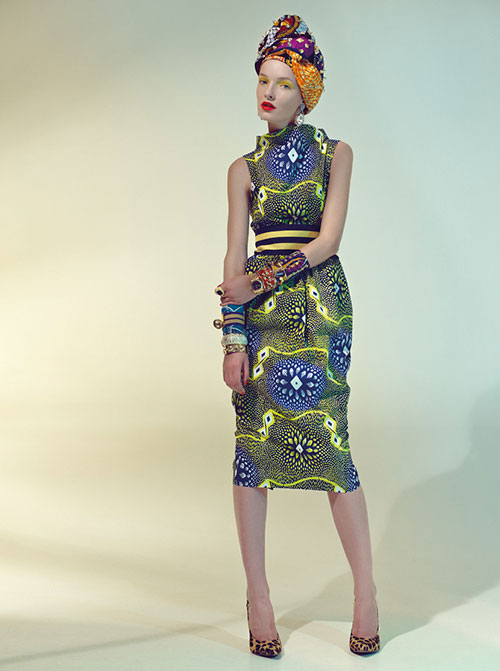 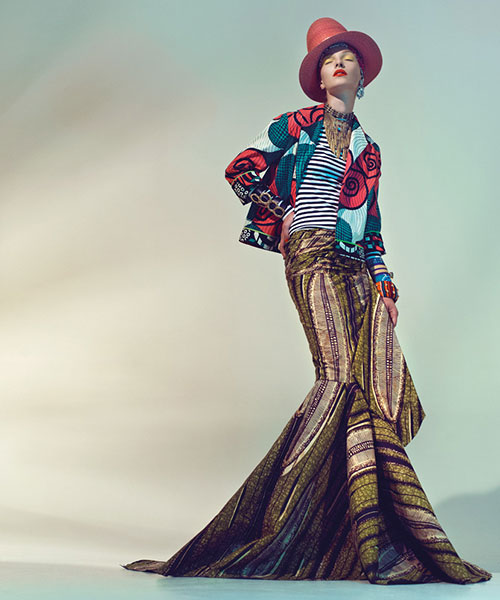 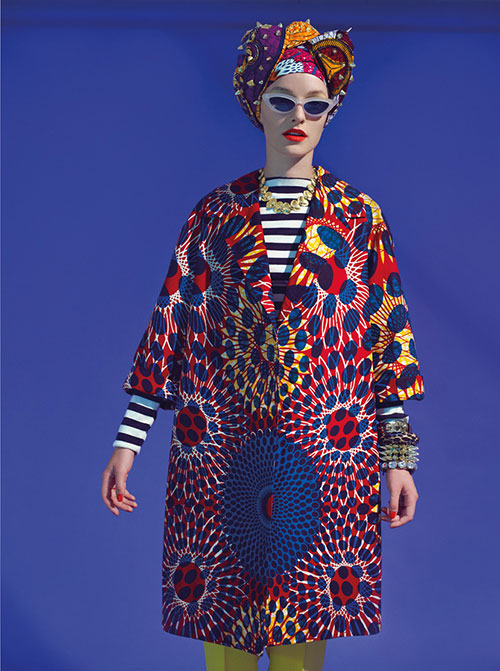