A lifelong love for the luxury of leather has lead to this… After nineteen years of working for some of the world’s most prestigious labels Tonya Hawkes releases her own designs.

Even as a teenager, Tonya Hawkes seemed to have a calling. As a keen horsewoman, she found herself fascinated by the workmanship of the leather goods and tack she used every time she rode her Arabian horse, Major Shaamraq. After finishing school she attended Seattle Central’s famous fashion program, before beginning her career in New York City with luxury fashion house Donna Karan and DKNY. 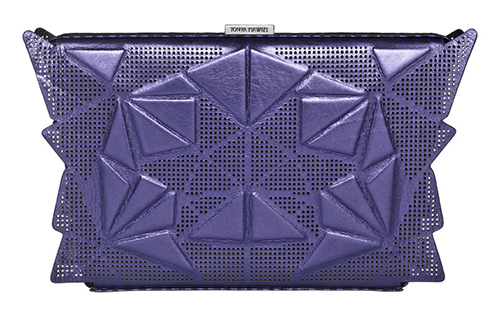 While she excelled in training involving haute couture draping and pattern-making, Tonya found herself equally drawn to the labels’ accessories, and began making her mark as an expert in the field. During her nine years with the famous brand, she directed the DKNY accessory design team through a time when it became one of most profitable divisions of the company, eventually becoming an executive at Donna Karan and VP of shoes and accessories.

Then Italy beckoned. Giovanna Furlanetto, President of global luxury accessory brand Furla, personally chose Tonya to become the company’s creative director in Bologna. In her role directing and managing all aspects of the accessories line, from handbags to home wares, she brought the brand to a younger audience with an appreciation for luxury. 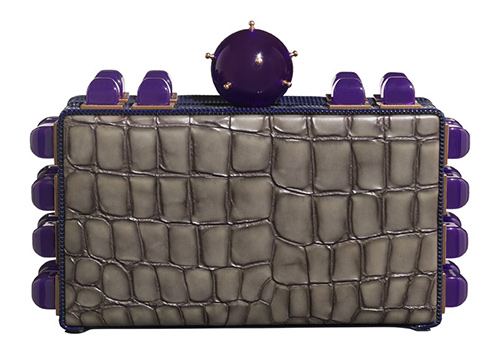 For the past seven years, Tonya has continued to work in Italy, collaborating with an impressive role call of fashion houses, Sergio Rossi, Pollini ,Elie Tahari, Gianfranco Ferre, Alice + Olivia and Desa 1972 among them. The result is that she has built an outstanding reputation for creating original designs that capture the essence of a brand.

While she still calls New York home, Tonya uses her international lifestyle to inspire her. ‘I can really take the best of both worlds and make all my dreams come true,’ she says. ‘And now it’s time for my own label, Tonya Hawkes, to come to life. 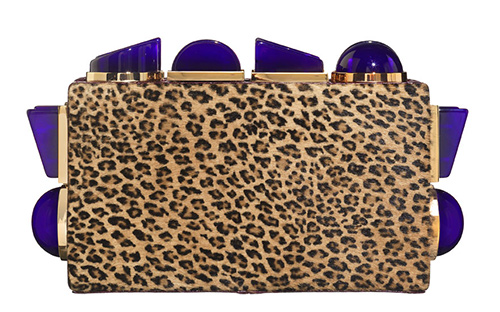 Tonya Hawkes’ FW15 collection forges a wildly eclectic range of references to present something signature – yet altogether new – for the iconic designer.

Inspired in part by the ornate hand finishing of ancient bookbinding, the pieces retain a similar sense of the fine craftsmanship and inventive detail of the medieval books – including the sculptural box-shapes and embellished detail – reconfigured in a thoroughly modern way. 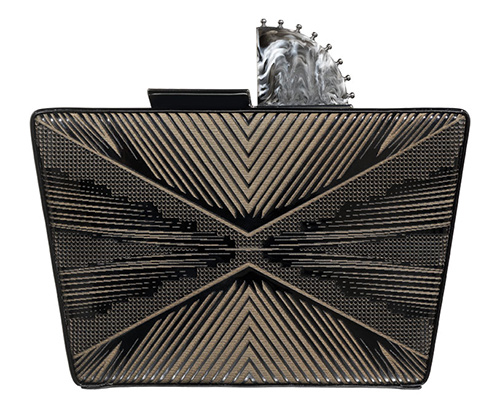 Inspired too by the complex patterns in nature, the palette features a moody, darkly metallic spectrum, shot with electric flashes of bold colour. The African purple, vino, pewter, brass and bottle green, offset with the bolt of turquoise – along with the laser-cut perforated pattern – suggest the brightly iridescent feathers of the Kingfisher bird and the wings of a butterfly the range was initially inspired by.

Using a range of the finest exotic materials, such as genuine snakeskin with original print designs, calfskin embossed crocodile, calf hair, metallic leather, mod inspired plexi-glass layering and her signature two tier tassels – each piece is a design classic that speaks of an eccentric femininity: assured and worldly, and a predestined heirloom for generations to come. 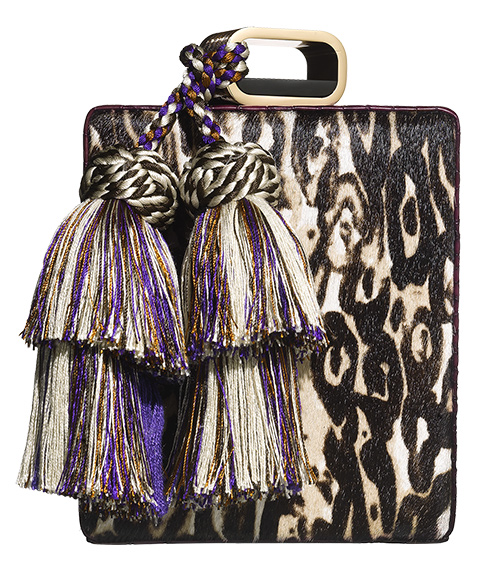 Inspired by ancient medieval book binding, Tonya has taken layering of materials and textures to an all time new and exciting place. A sensual color palate of deep- moody tones of Amethyst, Ruby, Emerald and Paraiba make for a colorful Autumn Winter collection.