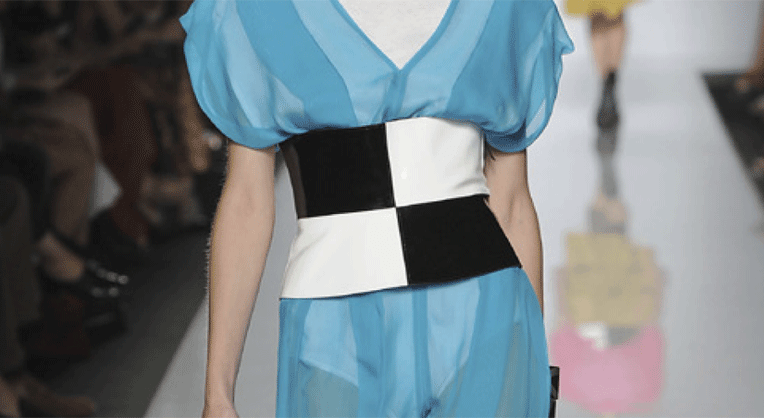 Evelyne Roth and Sabine Portenier got to know each other during their studies at the Institute for Fashion Design in Basel. Before founding their common label PortenierRoth, they demonstrated their professional expertise on various occasions in mostly international projects. What characterizes their current work are milestones such as HUGO in Germany and Italy, Didier/Angelo in Paris, their participation at the Barclay Catwalk in Amsterdam and Zurich as well as their collaboration with “Beautyflow Paris”, a magazine about beauty, design, art and fashion. In 2001, Sabine Portenier received the Swiss Federal Design Prize and in 2008 the studio scholarship from the city of Thun for a six-month stay in Berlin. Since 2005, Evelyne Roth has been teaching fashion and collection design at the Academy of Art and Design (Hochschule für Kunst und Gestaltung FHNW) in Basel.

The experience gained over the years has provided a strong basis for their current collections. Just as deeply rooted as the experience they have acquired, is their enthusiasm for combining fashion and contemporary art. This union has been a central aspect of their presentations from the beginning until now. Their interdisciplinary projects have been awarded several prizes: In 2012, PortenierRoth received the Swiss Federal Design Prize for their “Croisière 12” collection, in 2011, the Promotion Award of the Bernese Design Foundation (Berner Design Stiftung) as well as the “Golden Hare” Award (Goldener Hase) from the Swiss Architecture and Design Magazine “Hochparterre” for the “Croisière 11” collec- tion. Their recognition has been gained because Sabine Portenier and Evelyne Roth think beyond their collections and are continuously looking for new creative impulses. 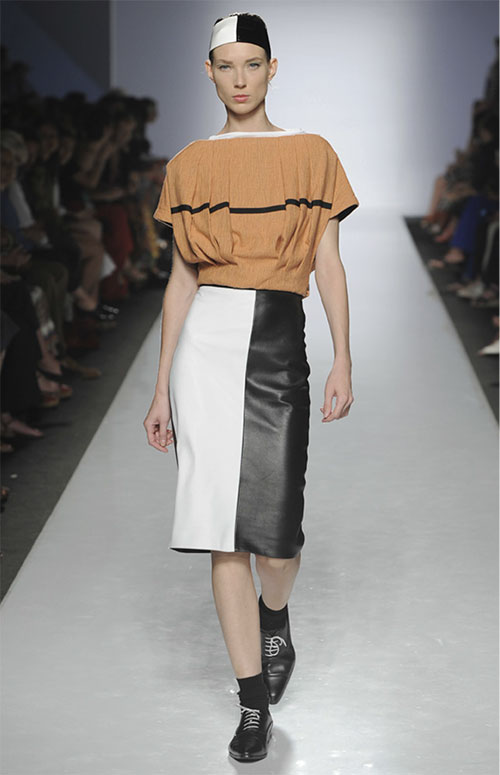 Every year, the two designers develop a new collection concept under their label PortenierRoth. Based on the collection concept, they derive two self-contained, but in their essence largely identical collections, each with a different focus: “Croisière” describes the yearly concept, while “focus summer” and “focus winter” describe the seasons. The two-part collection concept enables the designers to act economically and to allocate their resources for the development and production of their business in an optimal way. At the same time, they always manage to make a fashion statement, since both designers follow the dictated fashion cycle, while creating an independent, unique product. 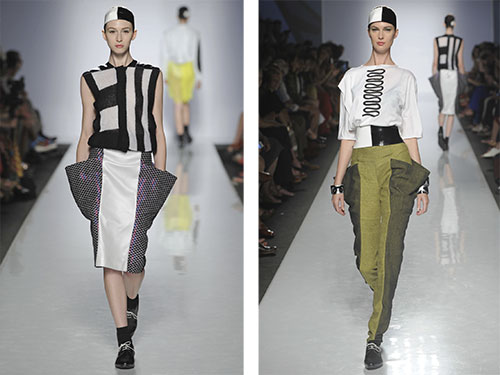 Every collection starts with a drafting phase on a three-dimensional body. The emphasis lies in the construction of a three-dimensional draft referring to the woman and her figure. With each new dress, the designers examine how the materials’ movements best caress the female body. This may be one of the reasons why the creations from PortenierRoth convince their protagonists and let them shine in a modern and timeless light. This nonchalance is accentuated by letting the models walk the catwalk in oversized men’s shoes. It’s only by doing this, do the models get that laissez-faire walk the two designers have in mind when imagining their clothes. This is why not only their clothes, but also the presented shoes are an encouragement for a stronger (fashion) consciousness. 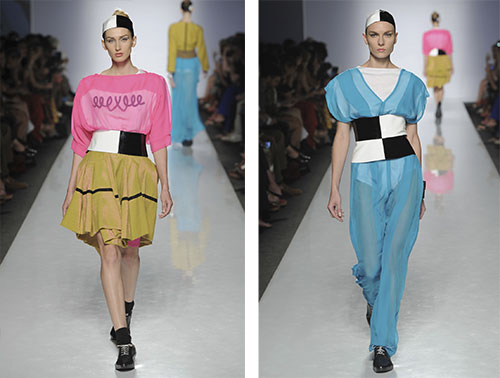 The collections created in their own “High Fashion Production” are rooted in regional handcraft, but international in their orientation and implementation. The strong connection with the product leads to its distinct origin and authenticity. The product grows and takes shape at the same place where its idea was born.Visions regarding form, functionality and quality can be followed through without making compromises and can continuously be reconsidered. Having their own place of production enables the designers to be ahead of their time and set a great example for others. 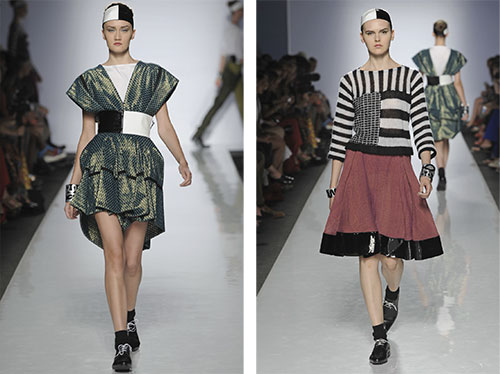 The new collection “Croisière 14” is based on the collaboration with the Ethical Fashion Project and their textiles from Burkina Faso. The hand-made textiles are combined with contrasting materials such as high quality silk chiffon, satin, leather and knitted material. When establishing a draft, the designer duo starts at the waist and works from this point upwards and downwards. Despite using the same pattern constructions, the firm and softly flowing materials lead to different silhouettes in the shape of a tulip or an hourglass, resembling a rollercoaster wrapped around one’s body. The challenge when working with African textiles is managing to avoid the ethnic style. The collection should appear pleasing and light. This is achieved by keeping the volume of the patterns on the one hand slim-fitting and on the other airy. PortenierRoth uses bold coloured fabrics (coloured by hand at their own production facility) and placed prints, which are combined with Lurex enhanced textiles from Burkina Faso. The designers play with matt and shining finishes, coarse and smooth surface structures. The collection looks like a remake of “Dirty Dancing” directed by David Lynch, starring Audrey Hepburn. 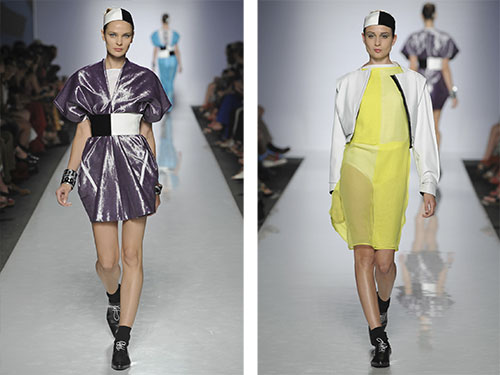