Johnny Talbot and Adrian Runhof have a very unique way of working. As with most designers, the initial idea begins simmering in the brain and with Talbot Runhof, it’s usually a geometric idea, a mathematical exercise. 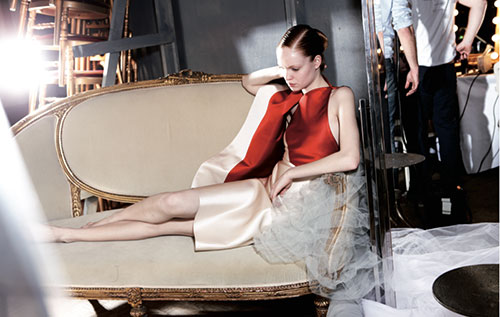 Johnny Talbot was born 1964 in Nashville, Tennessee, started his career as an electrical engineer, going from the pentagon to radio free Europe in Munich where his encounter with Adrian Runhof inspired him to throw in the engineering towel and pursue a career in fashion. Johnny is the mastermind behind the intricate construction and mathematical precision of each and every talbot Runhof piece.

Adrian Runhof was born 1963 in Mainz, Germany, went to business school. the family business brought him in close and intense contact with fashion at a very early age. After completing his studies, he launched his first brand and worked as marketing and sales consultant for international fashion brands. exquisite fabrics are his absolute passion; Adrian is the stylist overseeing all image and marketing aspects of the Talbot Runhof brand.

However, Johnny and Adrian do not reach for pen and paper, but rather to fabric, dressforms and pins, translating a thought into something living, organic, 3-d. It is essential for the designers to understand the individual personalities of the different fabrics, the life force behind each piece. How they drape, fall, reflect, respond to other fabrics. 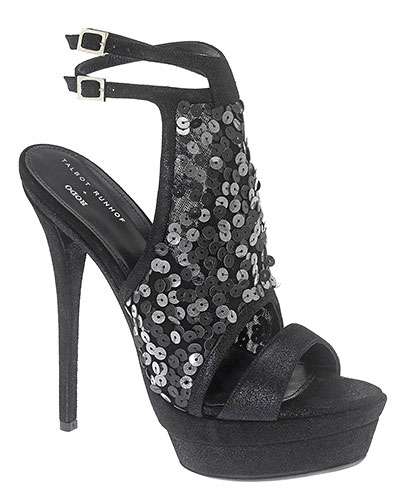 The result is highly complicated cuts, unusual seam placement, pattern pieces (that under normal circumstances were never meant to associate with one another) being fused together to create some of the most interesting, razor sharp pieces in the business. What often looks like a sensitive, artistic draping of fabric is in fact a cool, precise equation, based on mathematics, geometry and physics. the resulting silhouette is feminine, sexy, edgy …

The creative process begins naturally on many levels, however, fabric research takes absolute priority. from traditional fabrics to the futuristic high tech, the designers are completely involved in the development process of their materials, working closely with fabric mills in Italy, France and Switzerland. Creating new types of stretch, prints, washing techniques, bonding, thread mixes, weaving techniques, Johnny Talbot and Adrian Runhof are feverishly involved from beginning to end. 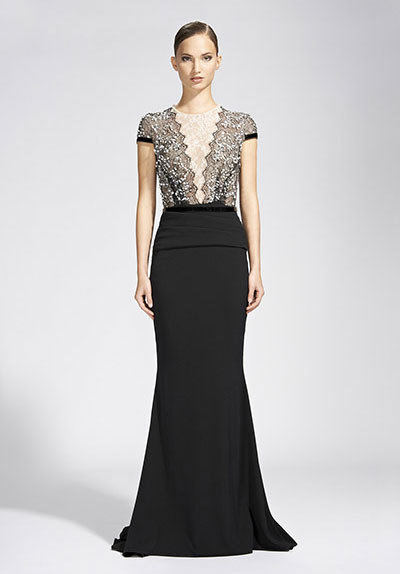 All dresses are handcrafted exclusively in Germany in our own workshops. This not only allows a close collaboration between the designers and the ateliers, but also provides for the outstanding quality »Made in Germany« is known for.

Talbot Runhof made a name for themselves with glamorous cocktail and evening dresses. Over the last couple of seasons, Johnny Talbot and Adrian Runhof applied their vision also to sportswear, focusing on day dresses, suits, pantsuits and coats. Our latest collection saw the introduction of furs as well as smart blouses and cool pants. 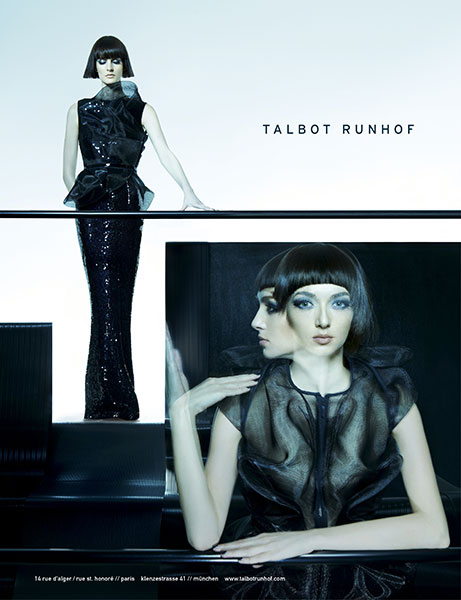 Talbot Runhof is not only to be found in their own flagship boutique in Munich, but also in 150 of the best department & multibrand stores all over the world: Bergdorf Goodman, Neiman Marcus, Saks fifth avenue, Holt renfrew, Harrods, Harvey Nichols, Eickhoff, Unger, Breuninger, Kadewe …

Talbot Runhof is known for competitive pricing, early, complete and perfect deliveries and an outstanding customer service. Flexibility and quick response with regards to reorders and special orders are our hallmark and help propel our sell-thru-levels to over 90%. Johnny Talbot & Adrian Runhof love their salespeople as much as their clients. As often as possible they can be found on the shopfloors of the world, training staff and meeting customers. It’s the first hand response that provide for the remarkable wearability and viability of their designs … 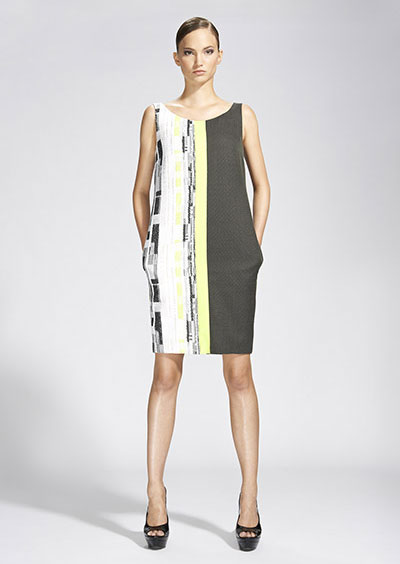 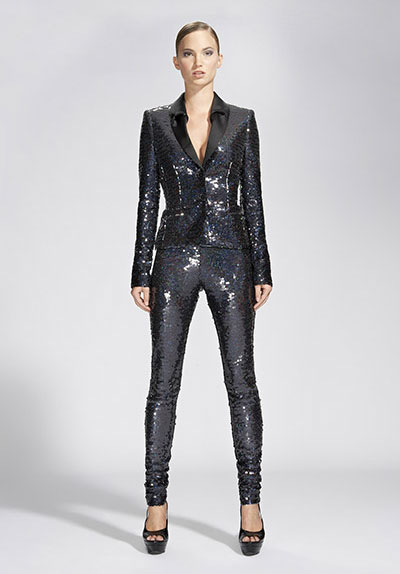 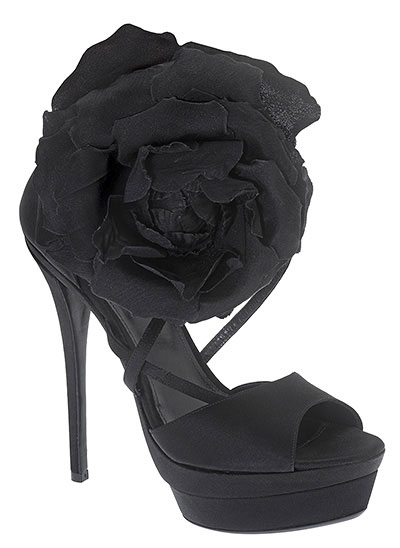 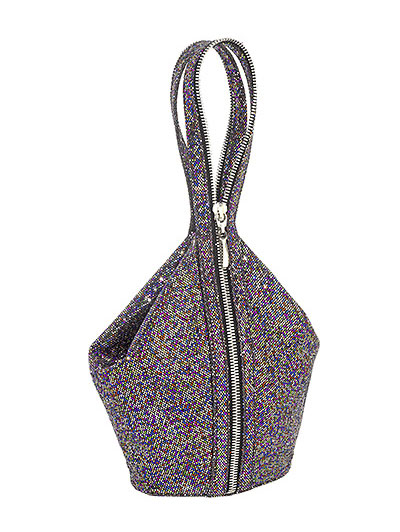 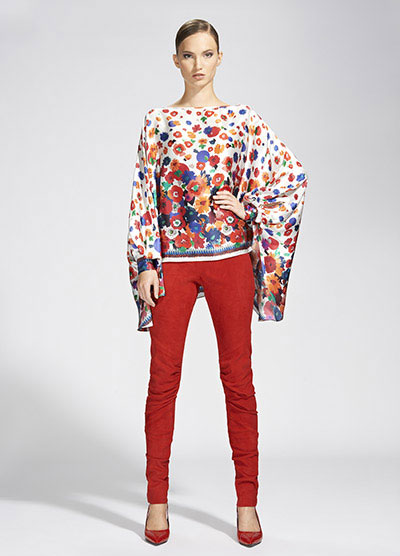 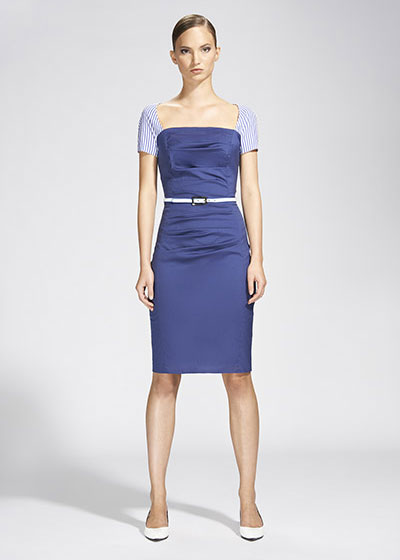 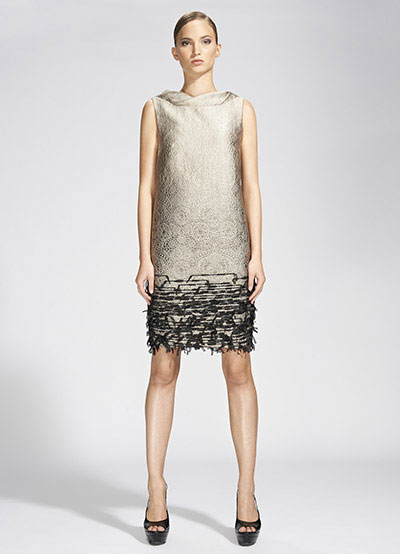