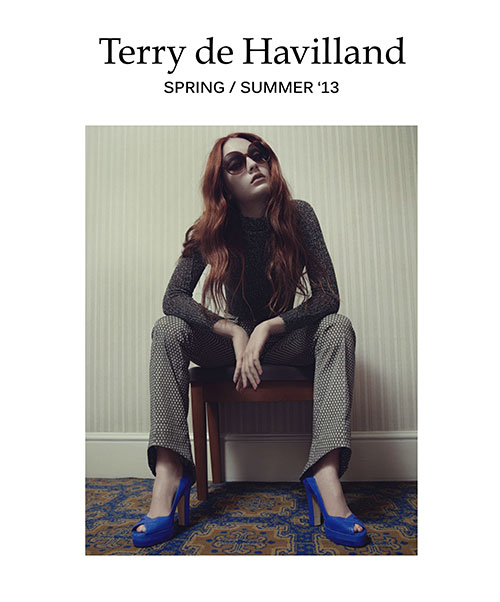 Always visible in international magazines and adored by fashionistas, rock stars and girls with attitude worldwide, Terry is constantly creating and reinventing his work and still remains at the very forefront of fashion. 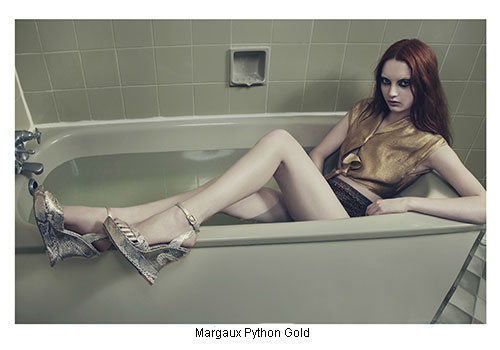 His insatiable passion for fantasy footwear has enabled Terry to design bespoke shoes for his celebrity fans, constantly reworking his signature styles in modern fabrics and applying new techniques and graphics.

For S/S ‘13 Terry has taken inspiration from his 70’s glam rock roots and presents the collection with a directional new set of images by photographer Sarah Piantadosi. 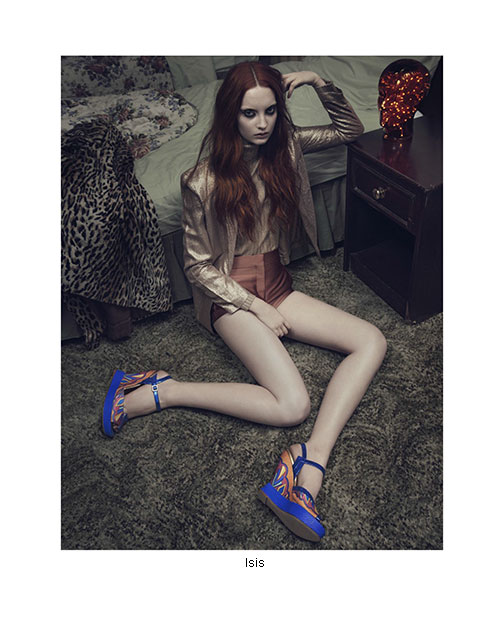 The shots feature flame headed model de jour Codie Young lounging at the after-party in a range of platforms and classic wedge must Hav’s. Resplendent in jewel coloured suedes, metallic skins and oriental prints by kaleidoscopic illustrator Grande Dame, this is Terry at his glam rock greatest. 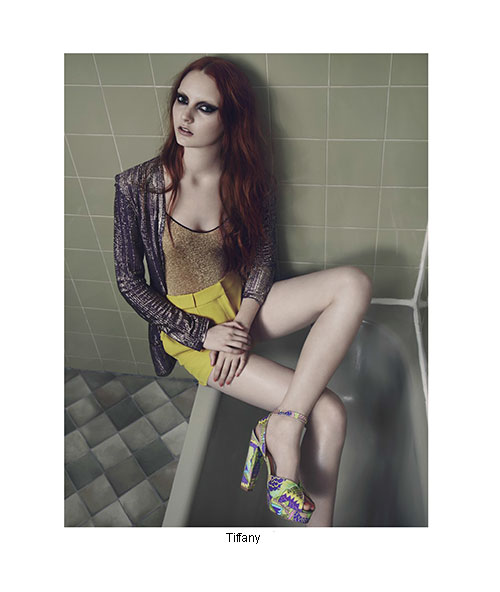 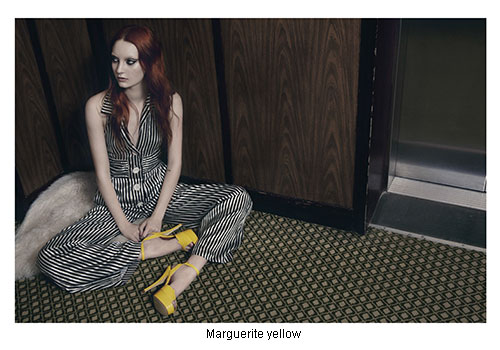 2013 also marks a special anniversary year as Margaux, Terry’s original signature wedge, celebrates her 40th birthday. The Margaux remains as relevant and in demand today as it did when Terry first designed it in 1973 at his infamous King’s Road shop Cobblers To The World. 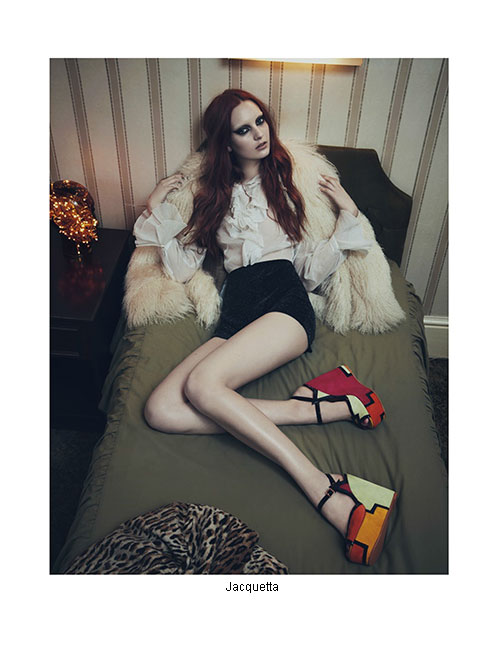