Edmundo Castillo, a true master craftsman and industry visionary, began his career by working with industry icon Donna Karan for nine years, before moving on to work with Ralph Lauren. Having built his career on his lifelong passion and talent for shoe design, the CFDA award-winning designer continues to produce collections that offer technical perfection and timelessly flattering silhouettes.

Edmundo Castillo launched his namesake collection in 1999. “I aimed to make beautiful, high- quality shoes that women not only want to wear, but collect.” says Castillo.  His sensual and sophisticated designs soon attracted the attention of collectors and celebrities such as Kate Moss, Scarlett Johansson, Kate Hudson, Cameron Diaz and Oprah Winfrey, among others. In June 2001, the Council of Fashion Designers of Americaawarded Castillo with the prestigious Perry Ellis Award for Best Emerging Accessories Designer. 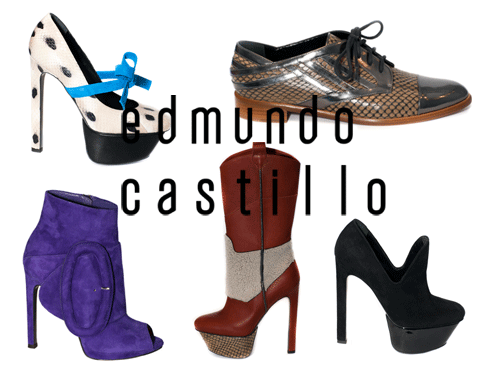 In 2004, Edmundo Castillo was named Creative Director of the renowned Italian brand Sergio Rossi, where he worked for the next four years. Wanting to fully focus on this exciting new venture, Castillo suspended his celebrated namesake collection, though loyal fans continued to follow his work. During this time, Castillo also collaborated with renowned designers such as Narciso Rodriguez, Oscar de la Renta, Tommy Hilfiger, Tod’s and Cerutti.

In Spring 2011, women rejoiced as the designer re-launched his eponymous collection.  Inspired by the urban- chic, fashion-savvy woman, Castillo’s technically superior collections exude an elegant sensuality. Using a cosmetic-like palette, Castillo incorporates hues of various colors and an array of fine materials in his creatively distinct collections. “The beauty of a shoe is in how it transforms and takes life when it makes contact with the foot, instead of just covering it. Shoes are like makeup for the feet. I focus on creating feminine, sexy shoes, made of only the finest materials; classic shapes with a modern edge,” says Castillo.

Also launched for Spring 2011 was Casbia, a superior line of men’s footwear  created by Castillo and partner Manuele Bianchi. A breakout collection composed of key styles, one pair to suit every facet of a man’s life, makesCasbia a must-have collection for every guy’s closet. In addition, Castillo was announced as the Creative Director for Italian brand, Via Spiga. 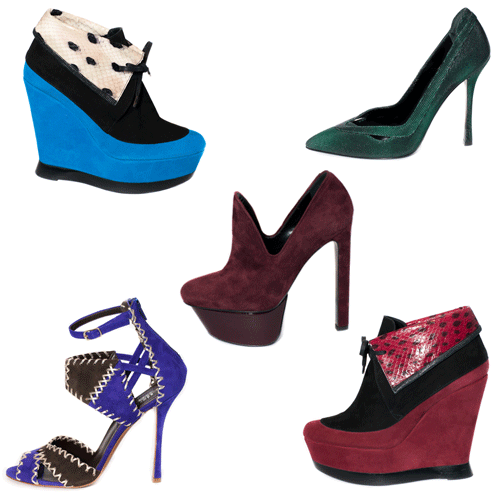 Today, Castillo continues to produce highly coveted collections that reflect the practical and aesthetic needs of a fast-paced, modern lifestyle. In addition to his work for his namesake collection and Via Spiga, he also designs collections for Castaner and collaborates with other designers, most recently Chadwick Bell.

Pushing boundaries and experimenting with new technologies, Castillo insists on continuing to evolve while remaining true to his signature aesthetic. “Designing shouldn’t be about looking back.  It’s about moving forward,” he says. Both Edmundo Castillo and Casbia are made in Italy and offered at select specialty retailers worldwide. 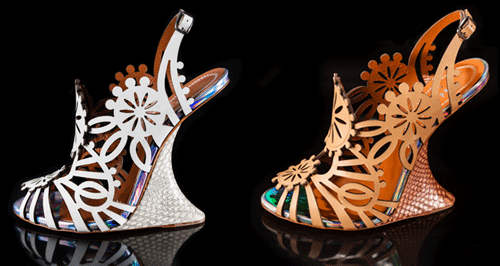