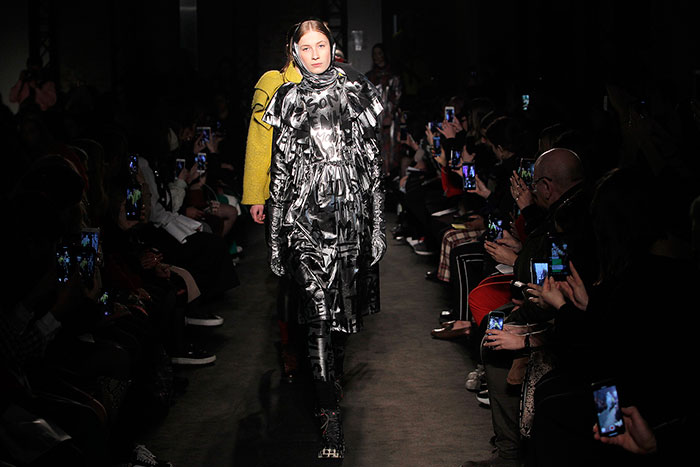 Born in Lisbon, Alexandra Moura is an acclaimed Portuguese designer graduated from IADE, in Fashion Design.

Since 2002, she has been presenting her work in various fashion weeks and often collaborates as well as costume design for various performances. She has produced garments for acclaimed artists such as Joana Vasconcelos, Fado singer Gisela João, and the DJ and producer BRANKO.

In 2015, Alexandra was distinguished with the award Prémio Mulheres da Cultura, attributed by CIG (Comissão para a Cidadania e a Igualdade de Género) in junction with the Portuguese cabinets for the Secretary of State for Culture and the Secretary of State for Parliamentary and Equality Issues. The distinguished individuals are recognized based on the following criteria: their work’s relevance and coherence, as well as its social and cultural impact, and their artistic innovation.

In 2018, Alexandra Moura won the Golden Globe in the category of Best Fashion Designer in Portugal. The success of Alexandra’s work is also reflected by the many young creators who have passed through her teachings and have now a national or international career in fashion.

In 2019 she was invited by Camera de la Moda Italiana to be part of the Milan Fashion Week official calendar.