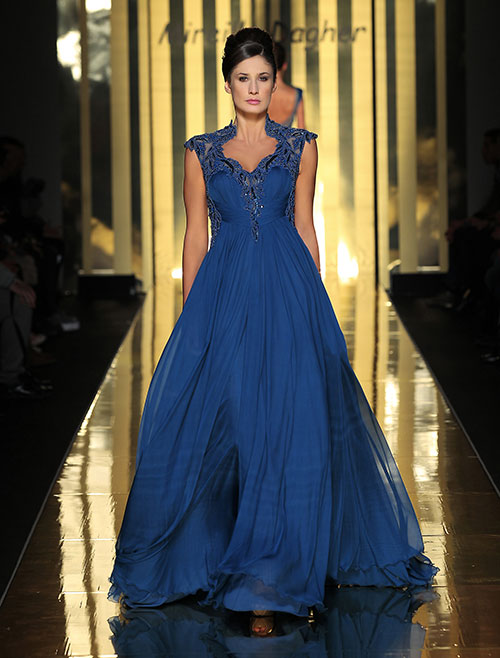 At the restless age of 16, the age of celebrated dreams and aspirations, Mireille Dagher’s exceptional talent was born.
At that early age, she was into sketching exquisite clothing designs on her school copybooks.

Once she got her diploma, she worked at different houses of design. Then in 2001, she finally achieved her teenage dream and started her own business. This is where things started falling into place! Her name sparked in the sky of big designer’s names.

She soon entered the big circle: Eminent names in the Lebanese community and abroad attended her delightful shows which she held in meticulously chosen places’ like The Regency Palace Hotel, Adma in 2001; The Metropolitan Hotel, Beirut; The Tilal Complex, Zahle in 2002; The Biel from 2003 till 2005; and the Habtoor Grand Hotel in 2006. Now in 2007, she chooses a private location for her lavish show that crowns her queen on the throne of fashion… Since 2001, her star hasn’t stopped rising.

From Lebanon, she crossed various frontiers to attain the United Arab Emirates, Kuwait, Egypt, Qatar, Saudi Arabia, Jordan, Tunisia, and even France and the United States. Many are the letters of appreciation she was received from different ambassadors and other elites. 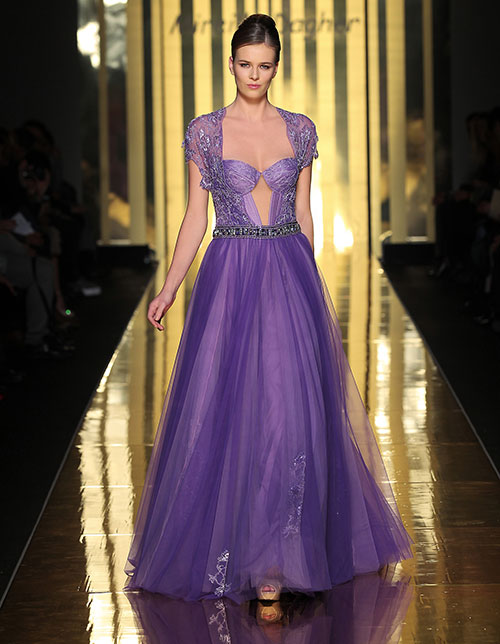 World Elegance in one Bouquet

The Fashion Designer Mireille Dagher, gathered the Roman elegance, French aristocracy and modern designs, a magical lines at the Haute Couture in one  designs bouquet, she started through the fashion week in Italy For Haute Couture after her enrollment at the permanent syndicate agenda , where she showed her first line in Rome after sporadic previous shows in New York and many Arab countries, briefing her technical experience in one Collection.

The intensity of ideas and the multitude of lines , revealed many talents of the Designer Mireille Dagher to simulate the modern women in her elegance, upscale in her appearance, capable of satisfy all tastes. This Collection of Spring – Summer 2013 gathered several soft colors and streaming designs shown in long and short dresses, revealed in Pastel colors such as clear blue, sumo, pink, yellow, yellow mustard, electric blue and other colors… colors was picked from different gardens, joined a collection that shorten the world taste and the universal technical vision. 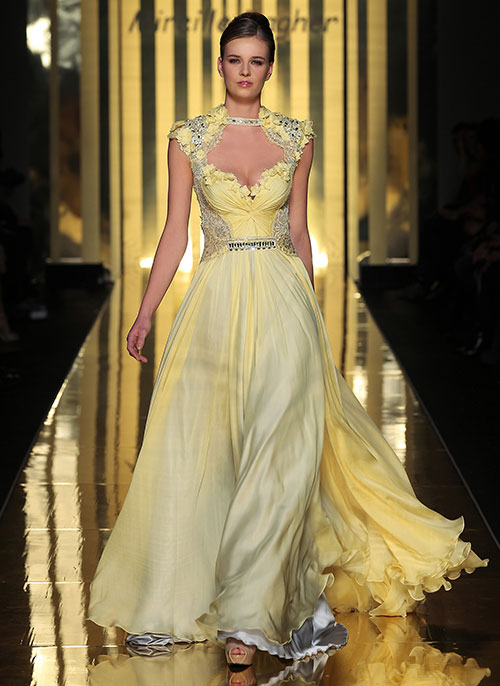 Designs cuts, diversified between the Napoleon designs fitted to the upper body, which reveals the femininity of women and enforce her appearance with an exceptional  magic, and between smooth designs that create a freedom space for practical women, its techniques that shows the energy of the Designer Mireille Dagher in a versify way predominated by the attractive design that appears in shoulders by  using the “Epaulette” witch lift the shoulder and accentuate the beauty of the upper body. It was embroidered coordinately with the embroidery of the dress fabric with metal parts sometimes and with lace, visible and soft moussline another times.

In this direction, the designs created a painting through the embroidery of roses made with the tissue itself, very fashionable this season and in this collection, not to mention the pearls, Swarovski, and the prime yarn, used by the Fashion Designer Mireille Dagher to create a new piece of art with a magical impression. The belts had a big part of Mireille Dagher’s collection; they were metallic at times and made with tissue at other times. 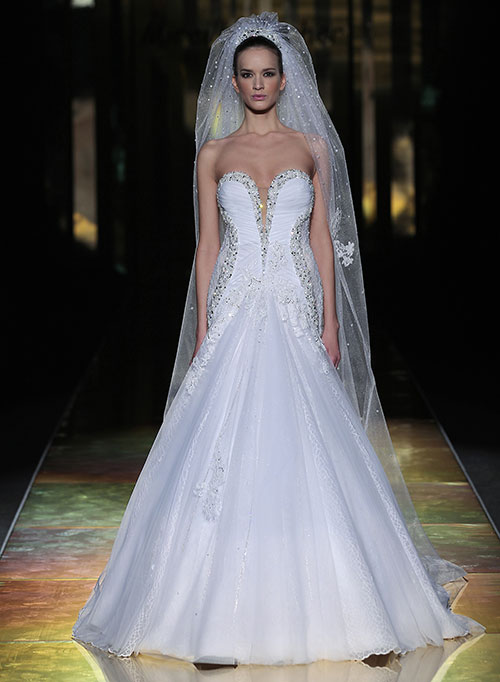 The bride dresses were different in style, but same in the artistic unified way, one was tight and the other was wide open both embroidered in a magical charming way that reflects he brides vision of her best night. No matter how various the collection was, it will always reflect the power of creativity that has the Fashion Designer Mireille Dagher, a collection of harmony at spirit, a collection that creates a new artistic language in a world of modern Haute Couture. 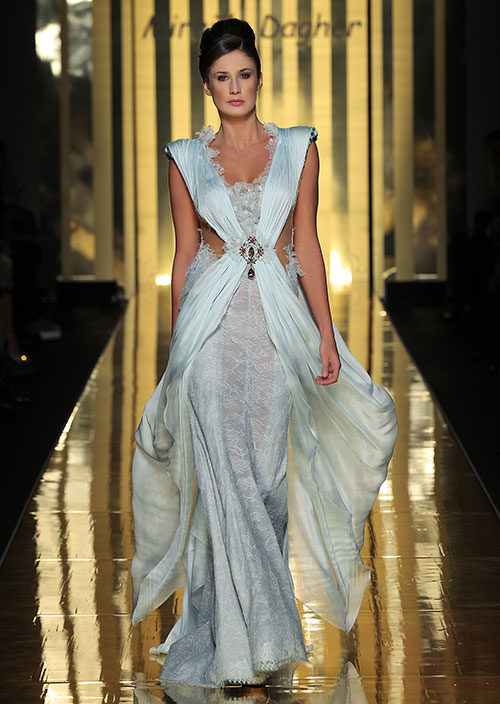 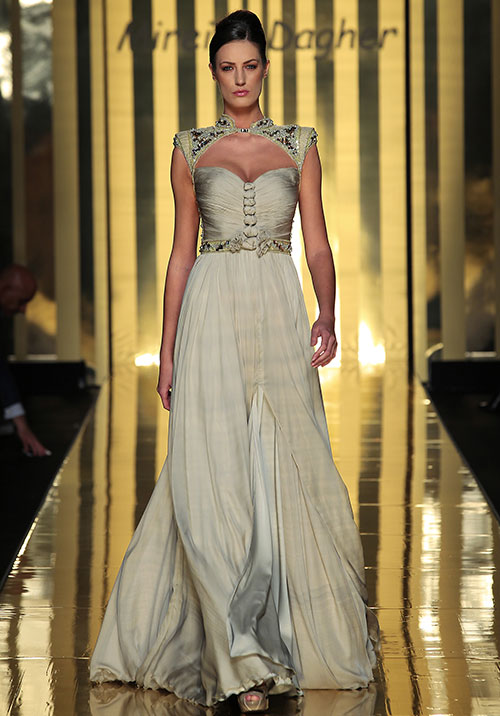