5PREVIEW began in 2008 when Swedish designer and illustrator Emeli Mårtensson decided to release a small, graphic tee shirt collection of 5 pieces. Her expressive illustrative style and ironic imagery became quickly popular as the label expanded in its short years of existence from a small tee shirt line into a complete women’s collection. 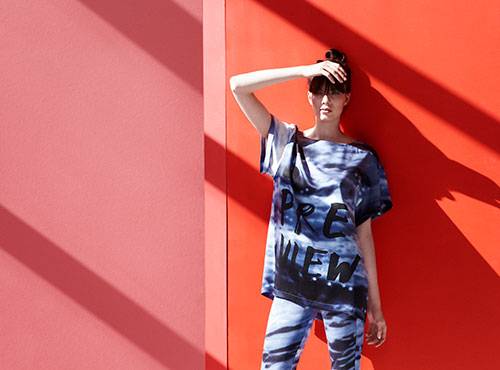 Although a relatively young label, 5PREVIEW has already accumulated many achievements. In January 2008 at Via Cavour N° 221 in Rome, Italy, the first hand printed t-shirts were created with instantly recognizable, big, bold ink prints on white ‘Made in Italy’ garments. They became rapidly popular getting into high-end stores. The word about 5PREVIEW spread fast on Myspace.

In May 2009 the brand moved to New York and began getting impressive editorials and great free PR. Celebrities began debuting 5PREVIEW such as, P Diddy (Music Video), Busta Rhymes, Francesco Totti, Beth Ditto (The Gossip), Quentin Delafon (The Teenagers), Gile Deacon, Ciara and more. In the October Issue of Vogue 2009 5PREVIEW was featured on iconic supermodel Claudia Schiffer. Not a bad editorial after one year of existence! A short time after the label did a four t-shirt collaboration with the highly acclaimed Swedish group WEEKDAY. This became the bestselling designer collaboration for WEEKDAY ever.

By January 2010 the brand moved to its current location in Mosebacke, Stockholm, Sweden. The first 5-PIECE-COLLECTION is made in classic all black. This was the first time it was not just t-shirts. 5PRE- VIEW began their first collaborations with larger agents and distributors. The first issue of 5-PIECE-PA- PER was produced and presented during NYC fashion week. The launch party and photo exhibition was held at the legendary Inventory store in SOFO with The Growlers playing live. The next night Susanne Bartsch threw an exclusive 5PREVIEW party at the infamous Greenhouse night club. 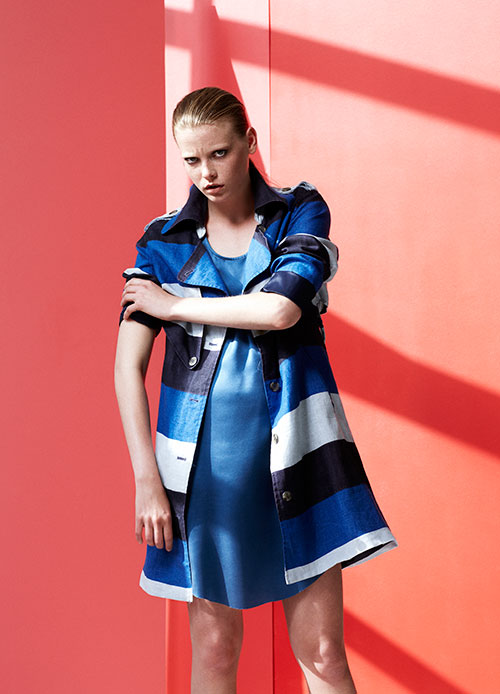 In summer 2011, 5PREVIEW released their first ‘real’ collection, which was made up of 20 pieces for men and women. The collection consisted of only grey, black and white simple unisex pieces and made its first appearance at trade fairs in Copenhagen, Milan and Paris. A ‘Pop-Up’ store was located in the center of Stockholm during the summer. At this time 5PREVIEW also collaborated with UNICEF to create a collection of t-shirts to raise awareness against human trafficking as well as creative collaborations with artists Ragnar Persson and Fifi Lapin.

By the next summer, in 2012, 5PREVIEW introduced colours to their collection! The direction became less strict and included more feminine designs. The brand also started a creative collaborations with Cheap Monday founder Örjan Andersson’s new brand. All the graphics are created by Emeli Mårtensson. From AW12-13 the label has been launched officially in Sweden with Örjan Andersson as the sales agent, selling from his showroom at Kocksgatan, Stockholm.

The turnover for the company reached approximately 30 million Swedish Krona in 2011. 5PREVIEW is now sold in over 30 countries around the world and employs 5 people in the Stockholm head office and an additional 4 people in the warehouse based in Kalmar.

The name 5PREVIEW was created through an organic thought process. Mårtensson approached her first tee collection with inspiration from the famous French philosophy of the 5-piece wardrobe. This style of minimalis- tic wardrobe allows only 5 new pieces in your wardrobe per season, in addition to the classic basics you already own. The original concept was to create the perfect 5 PIECE COLLECTION. 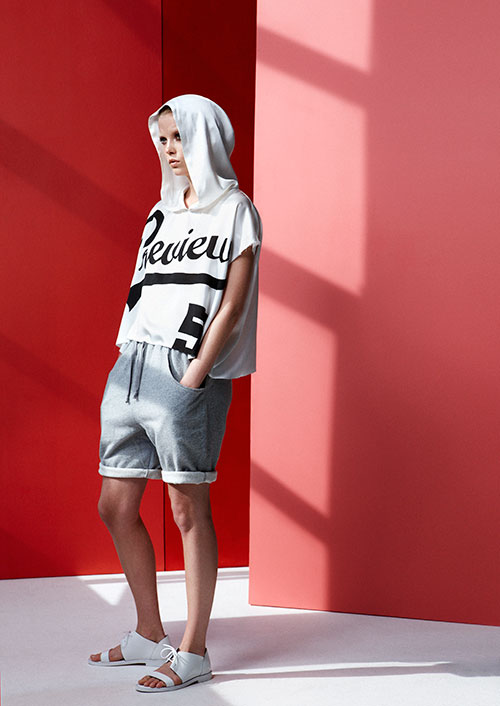 Interaction, inspiration and intuition: 5PREVIEW has a strong design ideology, which shapes the labels identity. With a love of the iconic and ironic 5PREVIEW aim to create extremely wearable statement pieces and every- day classics.

5PREVIEW encapsulates a minimalistic visual approach to design. Although recent collections include all-over prints and colors there is always a simple sleek silhouette to each piece. Mårtensson likes to start with a blank white canvas and build up her progressive collections.

As in design, 5PREVIEW have also approached their personal relations in a minimalistic manner. The brand prides itself on being close to their customers, often communicating through forms of social media. From the early days 5PREVIEW has supported and been extremely involved in the blog scene. The label now represents over 10 bloggers, some of which have been with them since the beginning!

Each collection is approached with an explorative and experimental mindset. 5PREVIEW aims to inspire, provoke and humour while keeping a humble innocence. The brand wants to always keeps it’s DIY roots and intimate feel. It continued to run as a small company with an emphasis on keeping a happy, smart work environment. 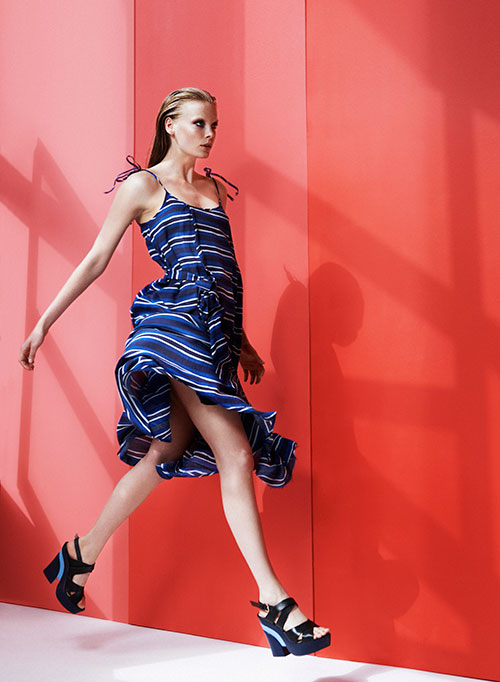 Inspired by the life of everyday 20/30 some-things, From well-known couture, to the mundane, 5PREVIEW always creates an ironic twist on the ‘ordinary’. It has an innocent simplicity that is designed for the teenage rebel who has grown up. It is conscious and confident.

Texture, composition and colour, 5PREVIEW has come a long way from its originally monochrome collections. There is a new focus on knitwear and recreating the tee shirt into new forms. 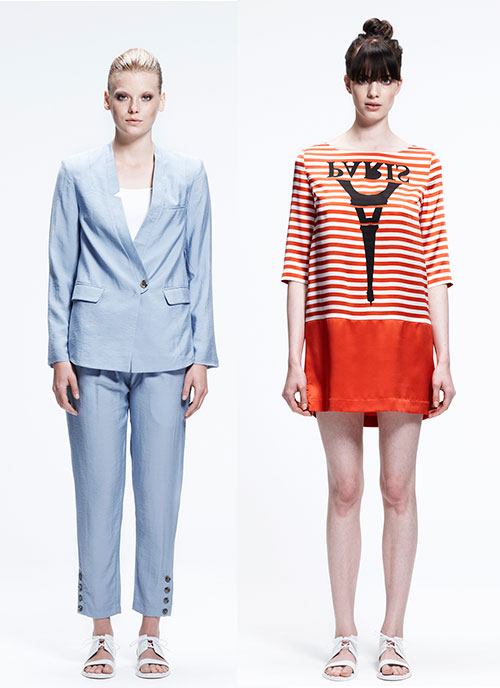 As a small, intimate label, 5PREVIEW approaches the design process in a hands-on manner. Prints and styles are developed in house using traditional print methods and ink illustration. 5PREVIEW prides itself on having a down to earth approach to design. Its collections develop naturally often with 3 distinct themes that grow from their original point of inspiration. The team works closely with our producers. 5PREVIEW work face to face and believe it’s important to keep strong personal relationships with all involved. 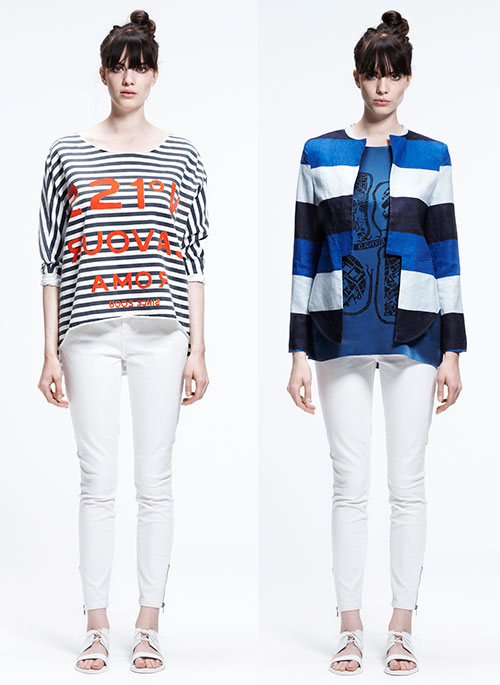 5 PIECE PAPER is a free magazine produced at the release of every new 5PREVIEW collection. It is
an eclectic mix of photographer and artist contributions that are professionally printed on high quality paper and distributed worldwide at trade fairs, stores, exhibitions and fashion events. 5 PIECE PAPER has a distinct feel with each turn of the page. The magazine is image focused with very little text. It aims to visually inspire. Artists are encouraged to express their own sense of style and interpret the collections in their own way.

5 PIECE PAPER was developed to create a harmonious relationship between the fashion label 5PRE- VIEW and its much-loved creative associates. 5PREVIEW has a global interest and does not want to be limited by one cultural point of view. 5 PIECE PAPER aims to be daring, raw, creative and attainable. 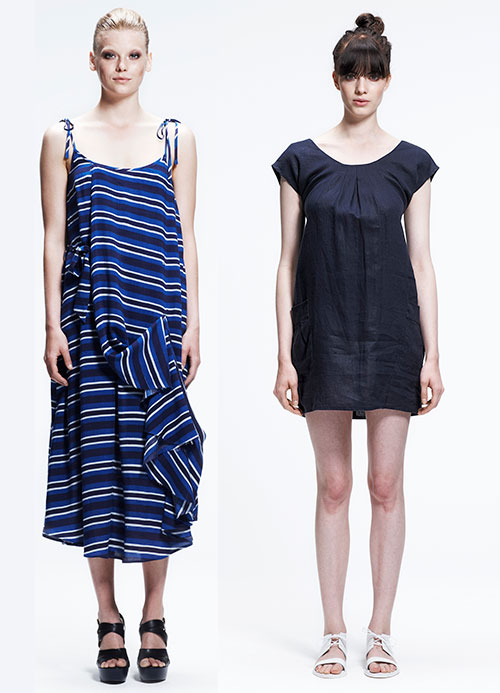 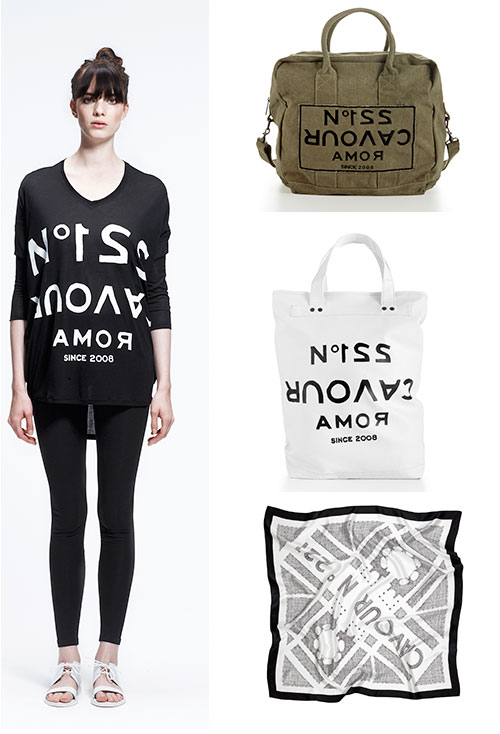