This year luxury jewellery brand MAWI is celebrating a landmark anniversary of 10 years in business. Founded in 2002 by husband and wife Tim Awan and Mawi Keivom in London, the brand continues to be a major player on the international fashion scene, gathering a cult following, celebrity clientele and numerous collaborations. In celebration of this milestone, MAWI will reflect on the decade in which the brand evolved from a keen interest in collecting and customizing vintage trinkets, to one of the world’s leading costume jewellery design houses with an archive of over 20 luxury collections. Born in Manipur, Northeast India, Mawi’s life has spanned many continents and cultures. As the daughter of a diplomat, she spent the majority of her childhood travelling the world, an influence clearly manifested in her eclectic designs. Hailing from a creative family, Mawi was destined to excel in the arts and an early exposure to sewing, knitting, and crochet was a key influence on her appreciation of craftsmanship – a quality that remains at the core of the MAWI brand. There was no doubt that Mawi would pursue a career in fashion, and after studying Fashion Design at Auckland Institute of Technology in New Zealand, she relocated to New York to work at Isaac Mizrahi. 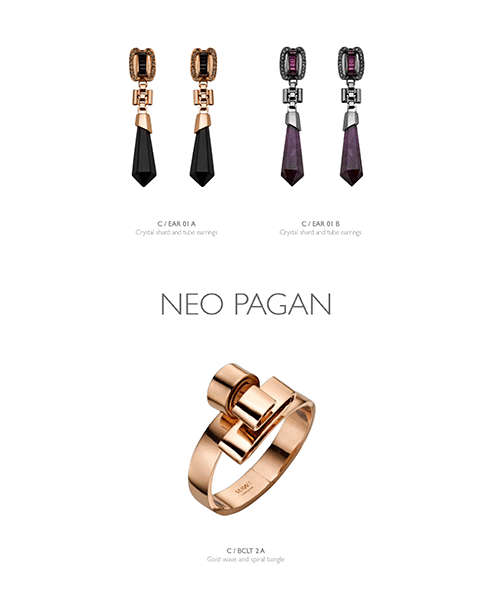 Mawi had always been drawn to London’s creative vibe, the music scene and diverse subcultures. It was when she moved to London 16 years ago that she met Tim, her future husband and business partner. Tim, the son of an antiques dealer, grew up surrounded by the trade that would develop a keen eye for vintage and antique collectibles. Tim and Mawi’s continually growing repertoire of over a thousand trinkets made for ample material for inspiration, experimentation and customization and launching the MAWI brand in 2002 was a natural progression. Following its initial success, MAWI made its debut at London Fashion Week in 2003 with a collection of jewellery and handbags. The luxurious, contemporary designs caught the attention of the British Fashion Council who awarded the brand the New Generation Award for three consecutive seasons; her designs were immediately snapped up by prestigious stores such as Selfridges, Barneys, Liberty and Browns. As a result of its seasonal transformation and ability to capture a signature aesthetic, requests for the brand poured in, not only from stockists but also from stylists and editors worldwide. In the following years, the demand for MAWI grew throughout the international fashion circuit and the brand has since been a regular exhibitor at London, Milan and Paris fashion weeks. 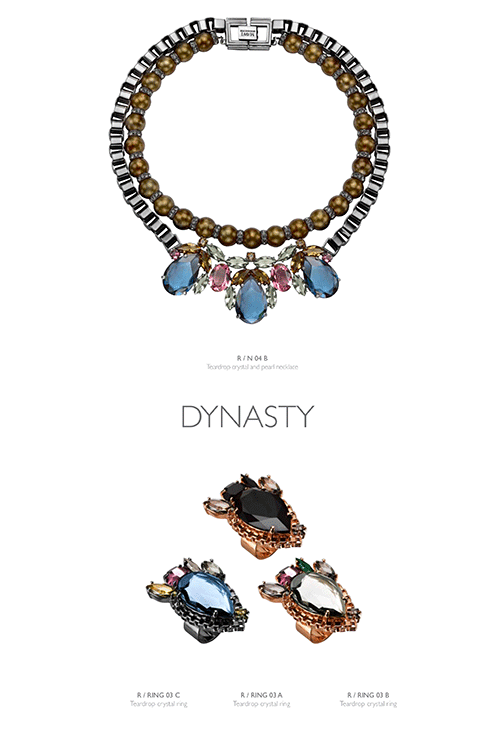 When the brand first launched the collections comprised eclectic accessories as well as vintage inspired costume jewellery and trinkets. MAWI then honed in on a niche in the market for contemporary costume jewellery and the brand ultimately evolved into two lines: Heirloom and Costume Luxe. The Heirloom collection is inspired by British heritage, drawing influence from vintage treasures, royal and historical jewels and romantic and sentimental family heirlooms that stand the test of time. In contrast, the Costume Luxe collection draws inspiration from architectural, sculptural, and futuristic aesthetics with an emphasis on high end luxury. The Costume Luxe collection combines traditional aesthetics with contemporary vision through the exploration of new materials and techniques. Having pushed the boundaries of traditional costume jewellery, the inimitable designs are timeless collectibles in their own right and the brand has since become one of the foremost trendsetters in the industry, winning numerous awards and accolades. Mawi’s pioneering spirit and daring innovations are continually pushing the boundaries and her visionary eye has created a new language and means of expression within the luxury jewellery market. Over the years the brand has collaborated with some of the most iconic brands, top fashion houses as well as some of the biggest players on the high street. In 2007 the brand collaborated for the first time with Topshop to offer quirky, vintage inspired pieces. In the years to follow, Mawi designed a collection for Atelier Swarovski; designed two capsule collections for ASOS; collaborated on catwalk pieces for Katie Eary and David Koma and has featured in the shows of prolific designers such as Alice Temperley and Jean Charles de Castelbajac, to name a few. Two capsule collections of exclusive, wearable MAWI pieces were created for the HUGO line and sold exclusively in Hugo Boss stores for the Autumn/Winter 2011 and Spring/Summer 2012 seasons. In autumn 2011 MAWI partnered with Disney to create a one- off collection, affectionately titled ‘Minnie Mawi’. The much sought after collection was stocked by concept stores, high-end and specialty boutiques, and department stores worldwide. Most recently, in April 2012, the brand teamed up with Stardoll.com to launch a virtual store to an online community of over 166 million users. Next year will see a further partnership with Swarovski as MAWI was selected to provide a designer’s perspective

On Spring/Summer 2013 trend predictions. In collaboration with Swarovski Elements, MAWI has created four key looks for the season along with insights into the brand’s design process which will be published and distributed to the extensive network of brands that work with Swarovski Elements. The brand’s position within the luxury fashion arena was further cemented when it was named in 2010 as one of the Walpole British Luxury Brands of Tomorrow, a prestigious award which helps to nurture British brands in the luxury sector. The following year MAWI was named as a leading brand in the Trendsetter category of the Professional Jeweller Hot 100 – awarded to the most innovative, influential and forward-thinking individuals and businesses in the UK jewellery industry. MAWI has also been acknowledged by the Department of Trade and Industry and was awarded the Mayor of Hackney’s Best Product Design award in 2009. April 2011 marked a turning point for the brand with the opening of its first flagship boutique in London. Situated in Shoreditch alongside creative powerhouses The Rochelle School, Frieze Art, Shoreditch House and a host of new creative talent as well as established names, the store reflects the brand’s loyalty to its East London creative roots and the signature juxtaposition of traditional and contemporary aesthetics. 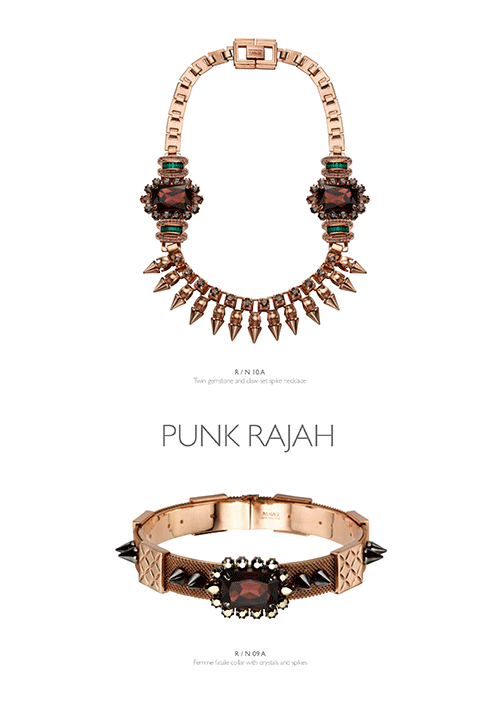 To commemorate its ten year anniversary, MAWI has launched a limited edition Retrospective collection that will be available in stores from July 2012. The Retrospective Collection comprises the brands most iconic and innovative pieces spanning the past ten years. Among the highlights of the Retrospective collection are the MAWI panther motif featured in the Neo Panther collection, classic sunray tube designs, and iconic spikes and decadent Swarovski crystals from the Dynasty collection. The Retrospective comprises a ‘greatest hits’ of the past ten years; each theme has been updated and redesigned to create limited edition pieces showcasing timeless classics inspired by the brand’s signature designs and bestsellers. The MAWI headquarters is housed in a 300 year old stable in Dalston, firmly settled in the neighbourhood which has nurtured and shaped the brand over the past 10 years. Surrounded by the creative hotspots of Dalston, Hoxton, and Shoreditch, the studio is filled with antiques, art and vintage objects that continue to be a source of inspiration for the brand.