Nicolas Theil has incisive creativity and an angelic aura. His eyes carry the fire of paradox and reflect the intelligence of his work.  He moved to Japan with his family when he was 14 and was plunged into the boundless imagination of Tokyo’s nightlife. Upon his return to France a few years later, he briefly attended an engineering school, only to feel oppressed by the constraints of formal construction.  He then discovered a passion for art and drawing and enrolled in the Duperré school where he specialized in accessories. 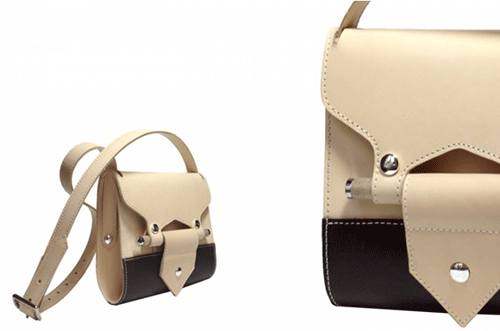 In between his travels to faraway countries and his internships with major designers, Nicolas Theil registered his brand and joined the prestigious design tem of Jean Paul Gaultier.  He is inspired by the main concern of an entire generation:  the future of the world, its destruction and its reconstruction. “For me, these concepts are an integral part of life.  I have faith in nature and in humankind, I am drawn to the imprint that people leave on the stones they polish and the leather they tan”. The basic building block of his collection is leather, which he assembles, crumples, structures and de-structures, as if to possess and sublimate the nature he cherishes.

“A bag for everyone – clutches, everyday and evening bags, overnight bags but also necklaces and bracelets – all in muted, easy-to-wear colors, each bag is a statement.  Each design is structured and streamlined, simplicity is a means of expression for me.” 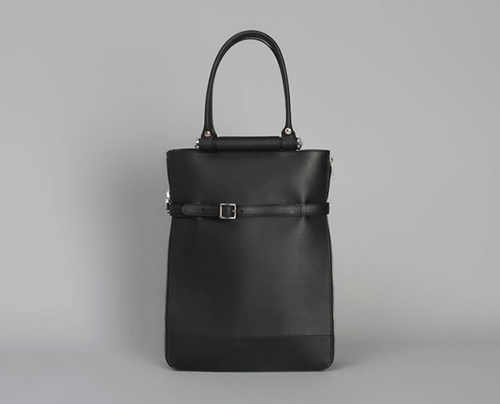 The  Winter Collection, named Gaïa Automn Winter 2012-2013 “vegetalbark” is also inspired by nature, but this time with natural vegetable tanned calf . Nature Is taking more power on industry. “Accessories and bags’s leathers are living like human skin or trees, the products will show their secrets with time” explains the designer. 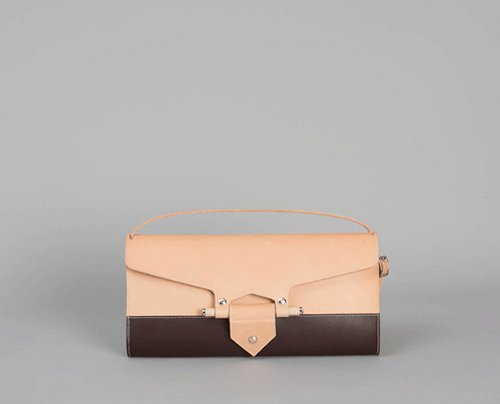 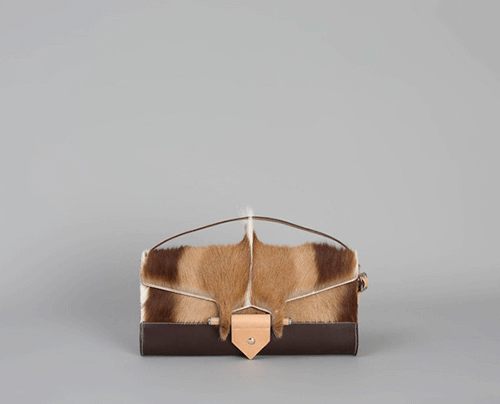 A realvolonty to explain everyone’s singularity, not uniform, not to create the need, but respond to the image of a blank planet. The jewelry line is reborn from the ashes, like the Phoenix silver pendants and the other are burned but also became modular. The fruit is always considered by Nicolas Theil as the extension of the branch,beginning of life, also his end, materialised with its fall . 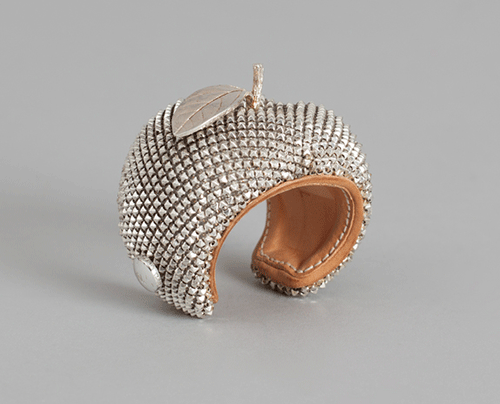 ” An Apple falling on concrete or earth is really not the same result! That is what I try to represent” says l about his favorite apple self-bitten cuff, for this collection, inspired by the pine cone. The forbidden fruit becomes necessary. A warm and dark colored winter 2012, large conquering volumes and practical at the same time. A man who fled his city but that keeps the image. A desire to bring back from travels, nature and optimism, a light and elegant fashion. 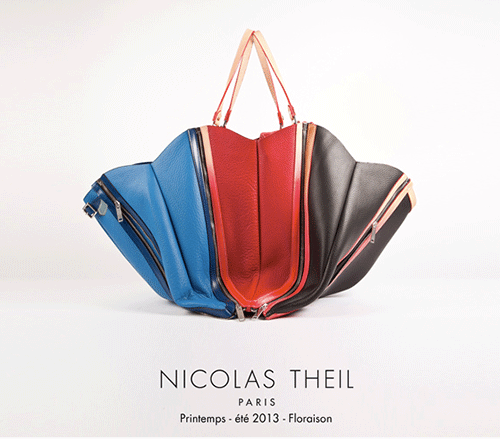