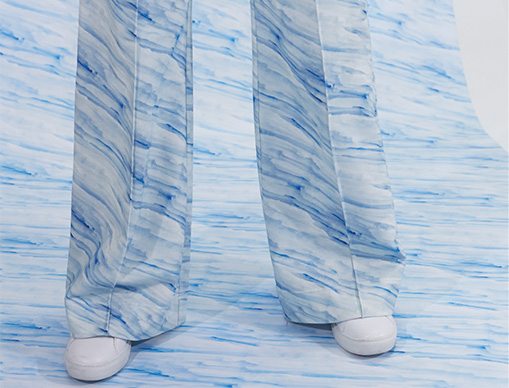 Martina Cella was born in Tolmezzo and grew up in a small countryside reality. She has been fascinated by the fashion world since childhood, her favourite hobby was – and still is – to fill in blank pages with sketches. By the time she was in mid-school she could turn oddments of cloths spread all over the house, into dresses and accessorizes by using just two tools: a needle and a thread. Her future was already decided upon; she attended the art high school in Udine specialising in fashion, and thanks to the school’s laboratories she was able to improve technical and manual competences. Once Martina’s had consolidate her skills, she decided to move to the capital of fashion: Milan, here she began her carrier as a fashion designer. Thanks to the high intensity studies in her younger years, and to the laboratories at the Istituto Marangoni, Martina increased her devotion for pattern making, developing a personal technique: geometrical shapes marked on the fabric and later draped on mannequins. By the time her academic journey was coming to an end she was able to model many capsule collections and finally evolve her own style: clean, minimal and moodish. 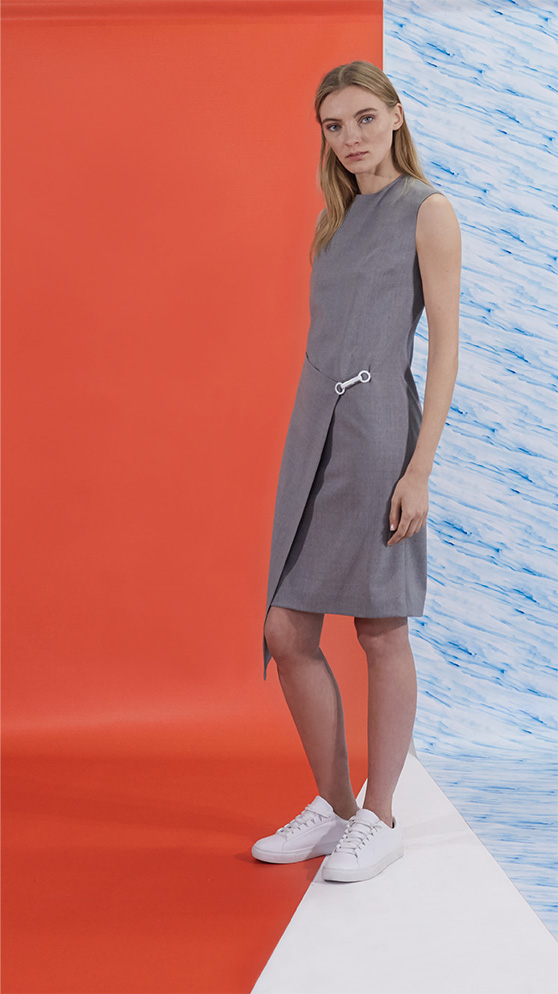 The gratification followed all that work. In february 2014 martina was one of the four winners of the contest “Next Generation 2014” held by the Camera Nazionale della Moda; here she was granted the opportunity of showing 12 outfits at the Milan Fashion Week, with her own fashion show. Lately she has been attending many short classes offered by renowned colleges, amongst with London Central Saint Martins College. As well as this, Martina has also been in contact with different ateliers and brands, and she is now working for one of them. Her team finds her work amazingly fresh and innovative, yet wearable by anyone. As you are reading she has finally reached her goal of starting up her own brand, focusing on woman’s wear. 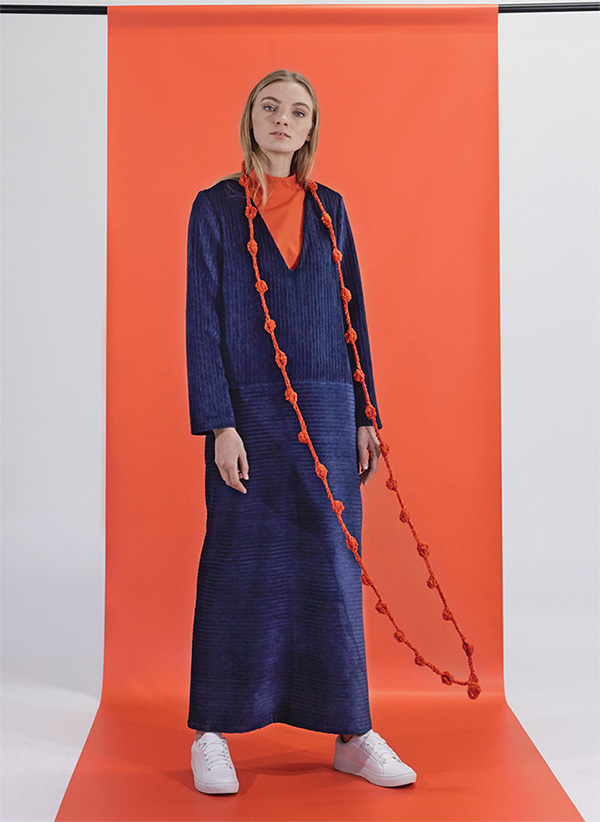 Patterns and prints are clearly inspired by nature. A nature graphically reproduced by human eyes where colors and connotations are fully modified. Water is freezing and cryptic. Cracks and layers soon reflect on textiles becoming patterns.  Printed fleece and needle cord combine with flat surfaces. 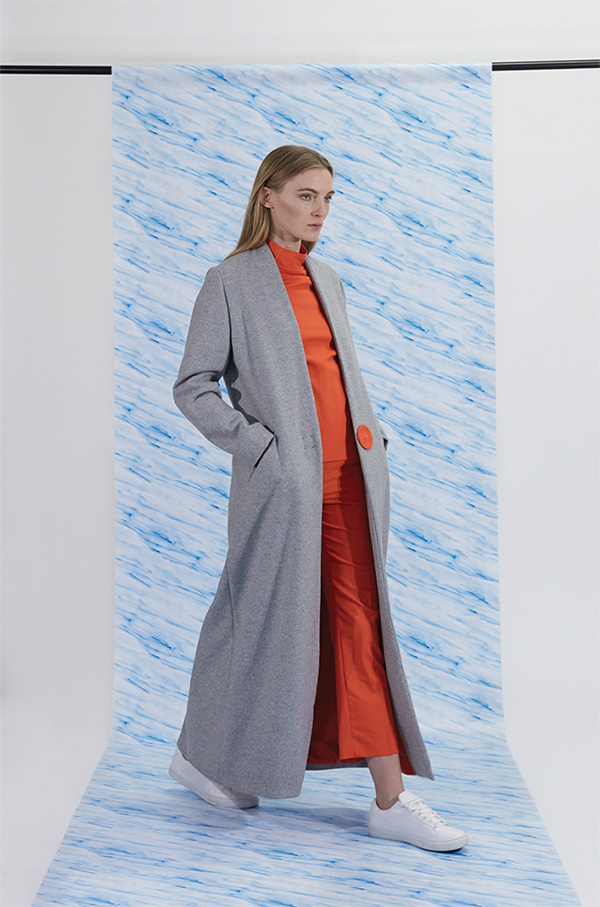 Minimal volumes, both rounded and sharped. Lines are extremely undertstated, outfits reduced to the minimum. 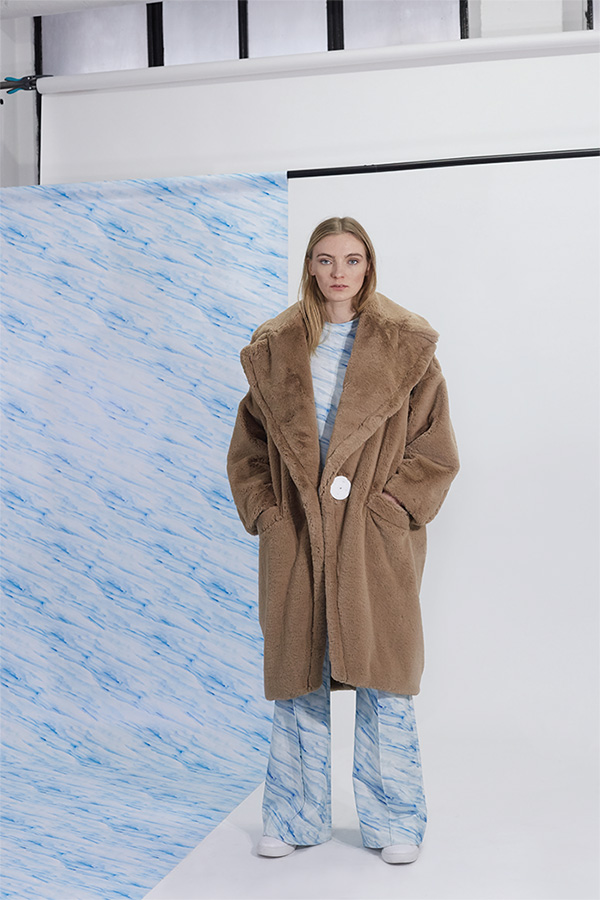 Warm, cozy woollen couple with lighter material such as cool wool or with weightier velvet and corduroy. Statement furs and outwear later over colourful looks or playful combination of patterns, chiming perfectly with the cold climate.

It is impossible to escape from the net once you are in there. Light crisscrossed graphics with small spots of color organise the difference spaces. Containers are stocked on cement sweep. A mix of lines, maps, highways, rivers  are sewed together to form the urban area. 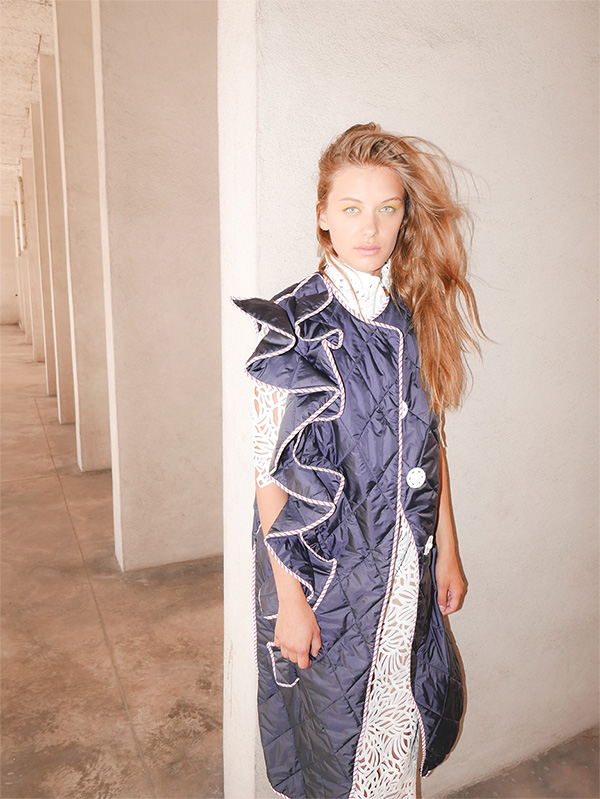 Pipes from modern labyrinths to get lost in. It is difficult to find its way through. The city is all to explore, to live in, it is modelled on women and for dynamic women, who never stop. Inspiring sportwear and urban wear outfits turn into rigorous city looks. 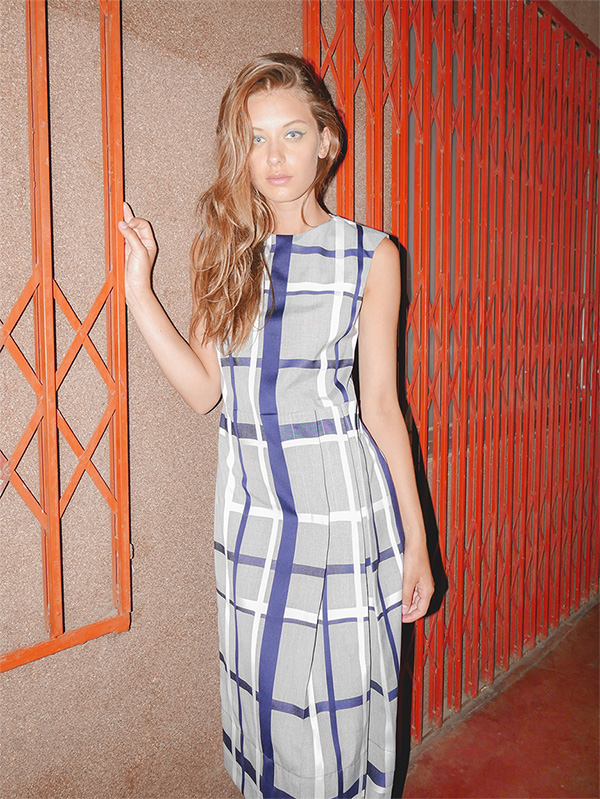 Printed popeline break through together with the new interpretations of tartan. Thick and multilayer nets match with  graphic macrame’ creating mutating patterns. 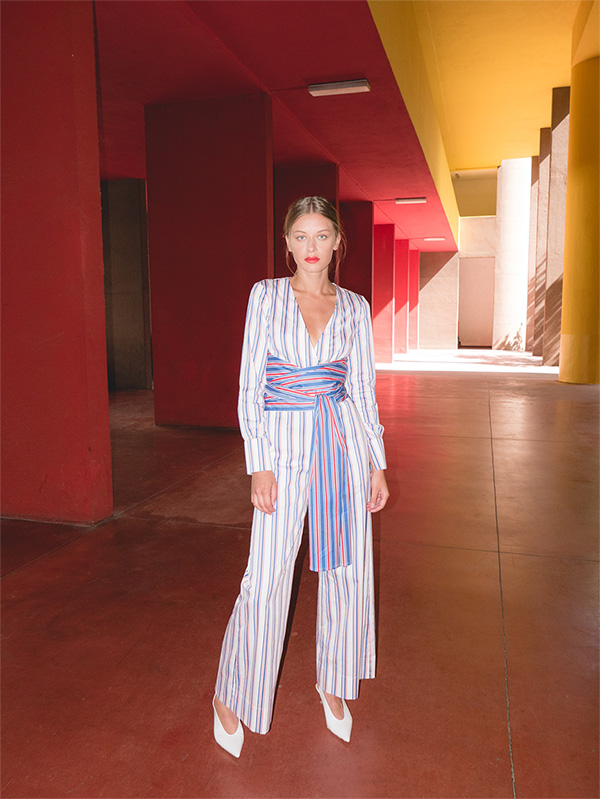 Stripes spread out all-over on cotton and jersey. Stretch cotton gabardine is deeply dyed in yellow, navy blue and cement. 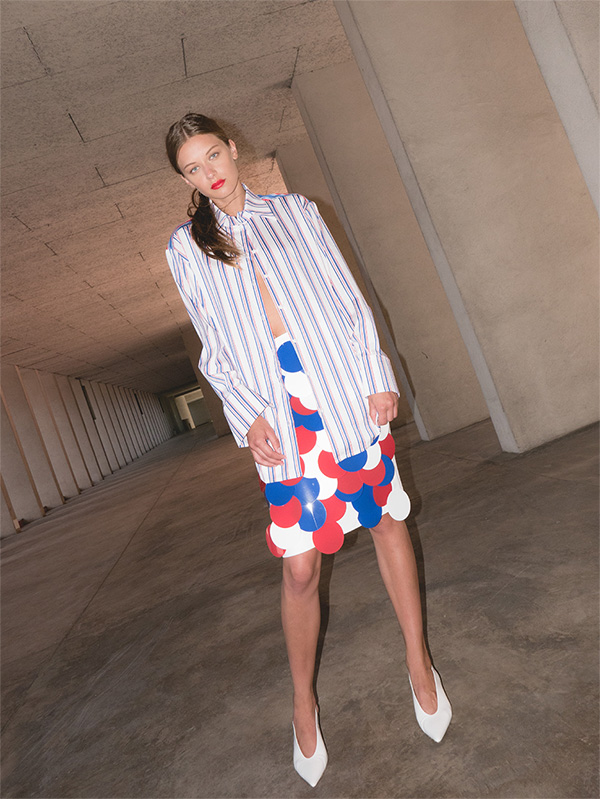 Colours are real, deep and in motion. Primary colours are permanent. Sport of colours crash the space in different areas: blue and magenta, yellow and cement, pure white. 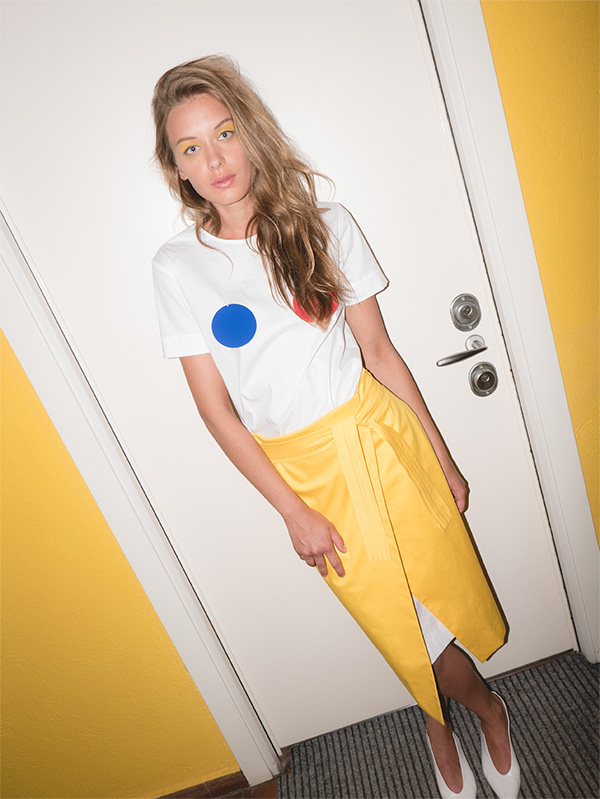