The brand was launched in 2010 by Alison Briquet, a graduate in fashion from the ISEM and marketing from the ESG. Alison sharpened her creative spirit at Boucheron whilst developing new aesthetics. Amused by the idea of baptizing her brand with a king’s name whose reputation for opulent wealth is age old (Crésus), she took possession of it by taking a different spelling. The brand is now distributed in over thirty outlets: Paris (Franck et Fils, 66 Champs Elysées, Shadé, Simoné & Lisa B), Barcelona, Beyrouth, Brussels, Geneva, Dubai, Montreal, Seoul, Tokyo… 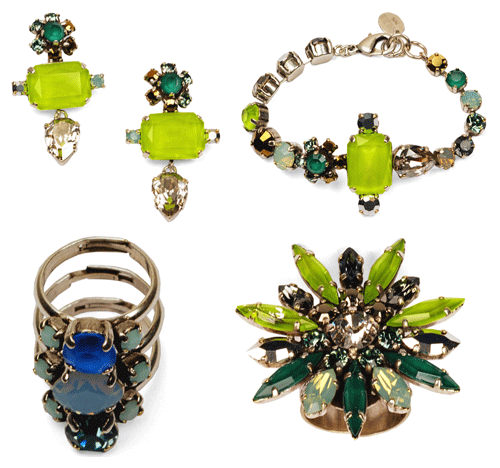 The Crezus collection is a window to a sparkling imaginary world. Designed with a more instinctive than rational approach, the pieces focus on the generosity of shapes and volumes. The pieces stand out rich and audacious while preserving the lightness of fantasy jewellery.

The choice of Swarovski crystals as the connecting theme imposes itself. Its brightness is modulated from the sparkling initial state to matt.

Inspirations bind and unbind: tips, picks and pearls overlap, snakes and dragons coexist, a lace from gold to black ochre make an appearance…

In the CHROME COLLECTION we find ourselves immersed in the anarchist London of the 70’s … The Mohawk is revisited, spikes and peaks abound, white and black pearls are mixing with crystals. 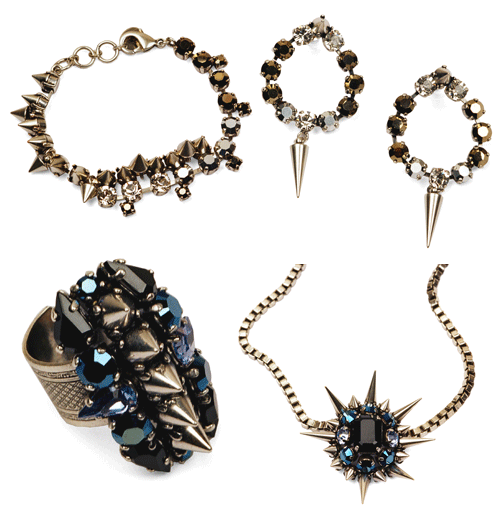 The conception and fabrication of the pieces are realized in a small Parisian workshop, in the heart of Saint-Germain-des-Prés District, yielding « 100% Made in France » Crezus jewellery. 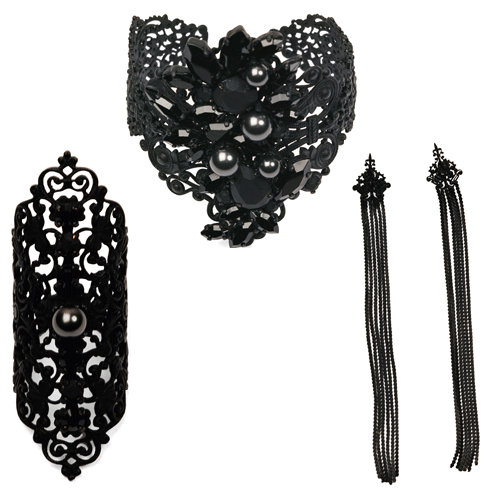