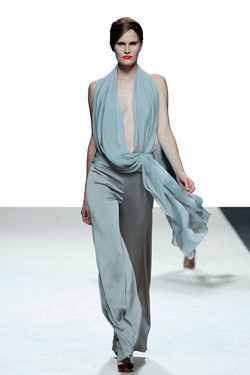 Spanish designer Juan Duyos begun working in 1992 with the designer Manuel Piña whilst he also designed his first collections together with Cecilia Paniagua, known as DUYOS&PANIAGUA. Besides, he collaborated with Antonio Pernas too. 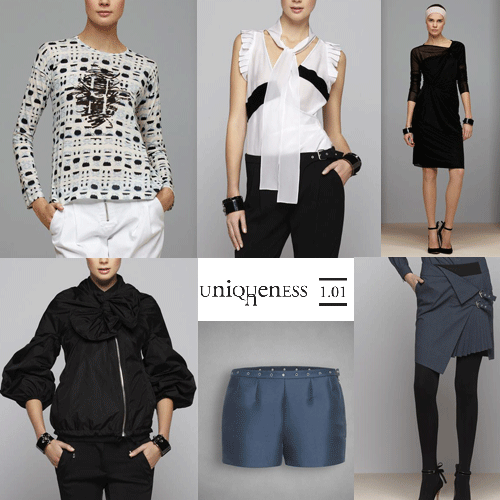 After several catwalks at Pasarela Cibeles and his presence at 1998 London Fashion Week, Juan went solo in 1999, being awarded as best in Cibeles “Recuerda y guarda” collection. Through his career, he has been awarded with many prizes (Glamour, Lancia, Vanidad…). He also designed costumes for different theatre companies, such as Rafael Amargo. In 2002, he is named creative director of the firm Don Algodón, combining this labour with his own label and his constant presence at Pasarela Cibeles, making partnership with other companies as Levi´s, Swatch or Adidas. 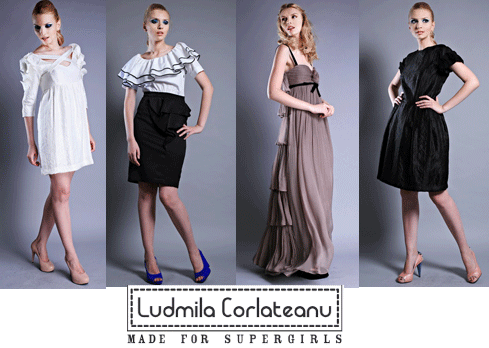 From 2005, Duyos developes some licenses: a glasses range, Duyos Vista, accessories and a second line, FandeDuyos, born happily in 2006. The label also has a wedding gown and groom collection. Duyos designed the Christmas lighting of the madrilian street of Velázquez and Azca square. In September 2009, he presented his collection during the New York Fashion Week, within 4Eyes proyect. Duyos keeps presenting his work at Cibeles Madrid Fashion Week, participating in several exhibitions and launching new licenses, as homewear.